WhatsApp for Android Plagued by a Weird Reply Bug: What You Need to Know

First revealed on Twitter by notable WhatsApp beta news tracker WABetaInfo, the WhatsApp reply bug was confirmed by a number of WhatsApp users in the response to the original tweet. Basically, if you reply to a particular message in an ongoing chat by using the swipe gesture or by long pressing and then selecting reply and then you exit that chat. When you will come back to the chat, the reply context from your last reply will weirdly be present in the compose window. Since you have already sent your reply, the older reply context has no reason to show up now. According to user reports, the bug is present on both individual chats as well as group chats. 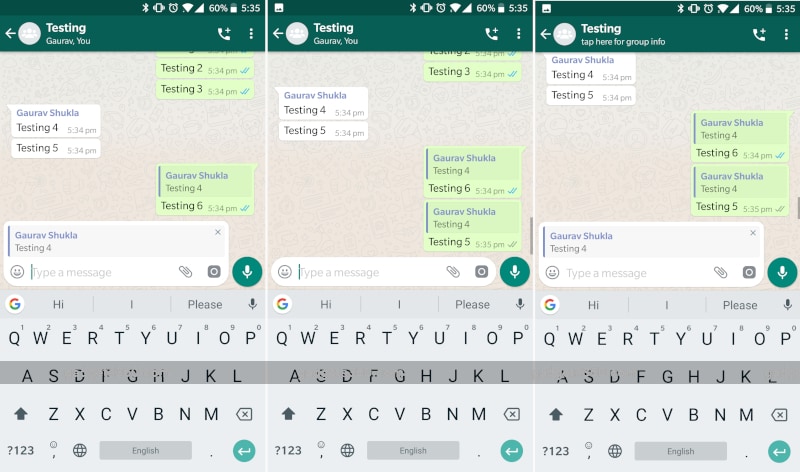 We, at Gadgets 360, were able to replicate the issue on our own test device and it can be irritating at times to see the reply context continue to show up even when you have replied. While it is normal for the beta versions to have hiccups as by definition itself, they are not the final release, but it is not often that you will find such glaring issues in a beta version. Companies try to push a fairly stable beta update, which can be quickly turned in a stable version if nothing is reported by the testing crowd.

Meanwhile, WhatsApp is planning to launch its Payments service in more markets this year. The company has not revealed which markets it is going to target but we are hoping to get the official details in the coming months.

WhatsApp for Android Plagued by a Weird Reply Bug: What You Need to Know
Comment