Late last year, Facebook started rolling out coloured statuses on its Android app that allowed users to write their status update with a colourful background, font, and emoji combination. Now, the same feature has been spotted on WhatsApp as well, and while currently it's in beta, it can be expected to arrive for all users soon.

Android Police was first tipped about this feature, and it is showing up in Android beta version 2.17.291. The report states that even though you might be on this latest version on the WhatsApp Android beta app, it is possible that you may not see this feature. It is presumably a server side switch from WhatsApp's end, so only select users are seeing it now even in beta. We can't see it either. In any case, few users are now seeing a floating pen icon in the Status tab at the bottom of the screen, right above the camera icon. Clicking on the pen icon brings up the option to type a status, choose a font, emoji, and the background colour as well. 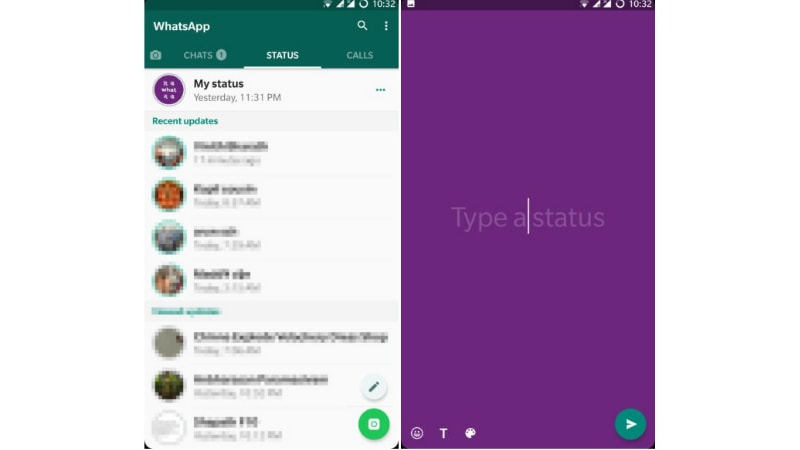 When you're done writing the status and making the necessary changes, you can then hit the green arrow key to send the text status, just like how you send media content now. The status will then be published on WhatsApp for all your contacts to see. 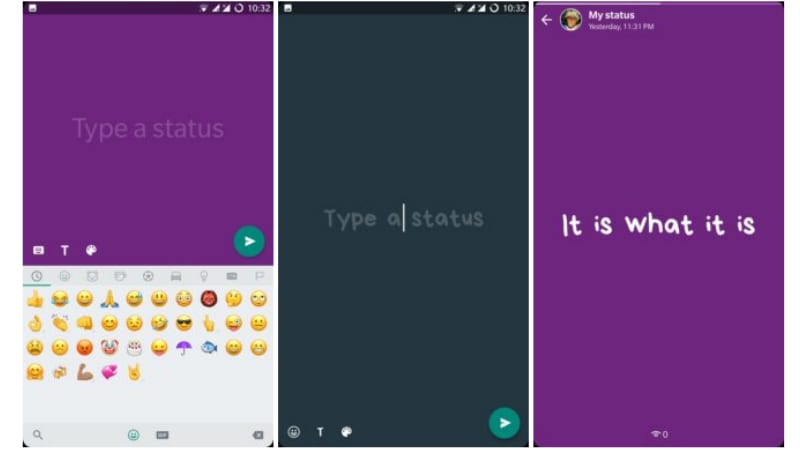 The revamped WhatsApp Status feature was launched in February, and has managed to achieve more than 250 million daily active users in such a short span, much more than what Snapchat itself enjoys currently.

You can check if you're seeing this coloured text status feature by enrolling yourself for the Android beta program, and updating to the latest version. Alternatively, you can download the latest APK Mirror from here.