WhatsApp has added the option to search for emojis in the latest Android build, making it easier and faster for users to find emojis to spice up their conversations. This way WhatsApp users can find some of the emojis relevant to their searches, instead of the tedious side-ways scrolling. Additionally, the app has introduced video streaming on iPhones, a feature that it has already released on Android. Apart from this, the WhatsApp reportedly even published (briefly) an FAQ page to provide information of the long-rumoured message recall feature, suggesting its launch is imminent.

Let’s start with emoji search, a much needed feature that is already available in third party keyboard apps like Google Gboard. This feature is available in beta for Android users, and should arrive on the stable version soon. Beta version 2.17.246 has emoji search activated. Tapping on the emoji icon will open up the emoji list, at the bottom of which is now a search icon. Clicking on the search icon will let you type for the required emoji, and WhatsApp will throw you suggestions based on the keyword you type. For example, typing ‘hand’ will throw all hand emoji suggestions in a new bar on top and you can select which one you want to use in your chats. 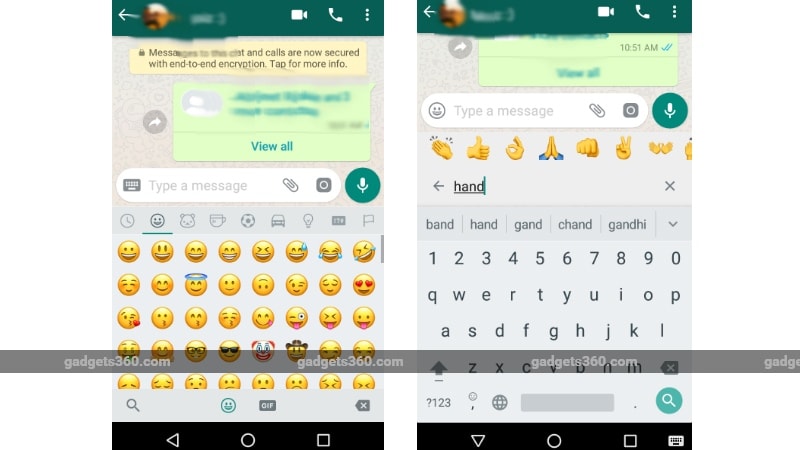 The video streaming feature was first spotted in Android beta, and it appears WhatsApp has decided to roll out the stable version first to iPhone users. This feature allows its users to watch shared videos while they're being downloaded in the background. It will use your Wi-Fi or cellular data to buffer a shared video, while it's still in the downloading process in the background. Earlier, WhatsApp users had to wait until a video gets completely downloaded to watch it - depending upon WhatsApp auto-download setting.

If on iOS, you should start seeing a play icon instead of the regular download button. At the bottom of the video dialogue box, the size of the video will be written. As soon as you hit the play button, the video starts streaming depending upon your Internet connection speed. While streaming, the video plays inside WhatsApp, while the video downloads in the background. This feature has quietly arrived with version 2.17.31 released last week, but WaBetaInfo reports that the activation of this feature is very slow, so it might take a while before you see it. 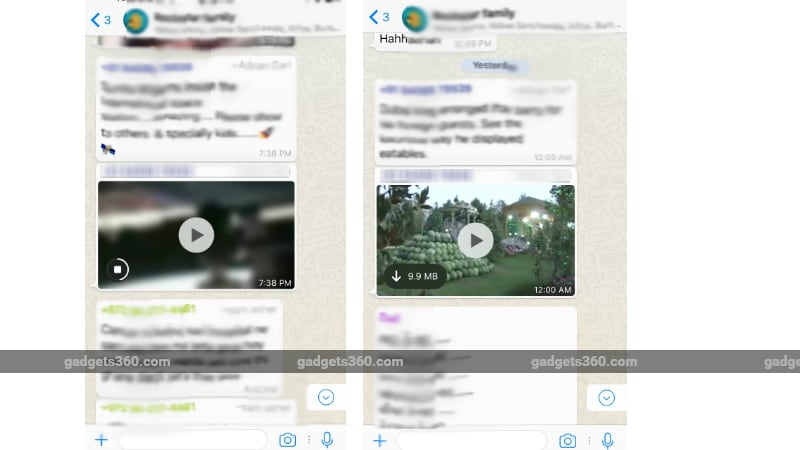 Lastly, WaBetaInfo also reports that the WhatsApp FAQ page had been briefly refreshed to introduce the recall feature. However, the information was pulled back soon after it was found by the tipster. In any case, this hints at an imminent arrival of the feature in the stable version soon.

Further reading: WhatsApp, Emoji Search, WhatsApp for android, WhatsApp for iOS, Video Streaming, Apps, Android, Apple
Tasneem Akolawala Email Tasneem Tasneem Akolawala is a Senior Reporter for Gadgets 360. Her reporting expertise encompasses smartphones, wearables, apps, social media, and the overall tech industry. She reports out of Mumbai, and also writes about the ups and downs in the Indian telecom sector. Tasneem can be reached on Twitter at @MuteRiot, and leads, tips, and releases can be sent to tasneema@ndtv.com. More
Nokia Feature Phone Lineup to Get a New Addition Soon, Certification Site Tips
Nintendo Switch SDK Leak Hints at Save Data Transfer and Guest Login Features