WhatsApp’s dark mode is currently limited to users registered with the TestFlight programme.

WhatsApp finally introduced dark mode for its Android app earlier this year. And even though the feature is still limited to beta testers, it is a clear sign that it will soon be released widely via the stable channel. However, iPhone users have so far been left out of the equation. That changes now, as dark for the WhatsApp's iOS client has reportedly been released via the beta channel. As expected, only iPhone users who are members of the TestFlight beta testing programme can get access to the feature as of now.

As per a MacRumors report, the latest WhatsApp beta carrying the build number 2.20.20 (2.20.30.13) finally adds Dark mode. Test notes of the latest WhatsApp for iOS beta does mention the arrival of dark mode, indicating that the feature will soon make it to all users in the near future. We have also come across a user report on the r/whatsapp Reddit, which reveals the addition of dark mode with the app's v2.20.20 beta build. It appears that this particular build is only compatible with iPhones running iOS 9 or a later version. A couple of accompanying screenshots also give us a glimpse of the dark UI overlay when the dark mode is enabled on WhatsApp's iOS client. 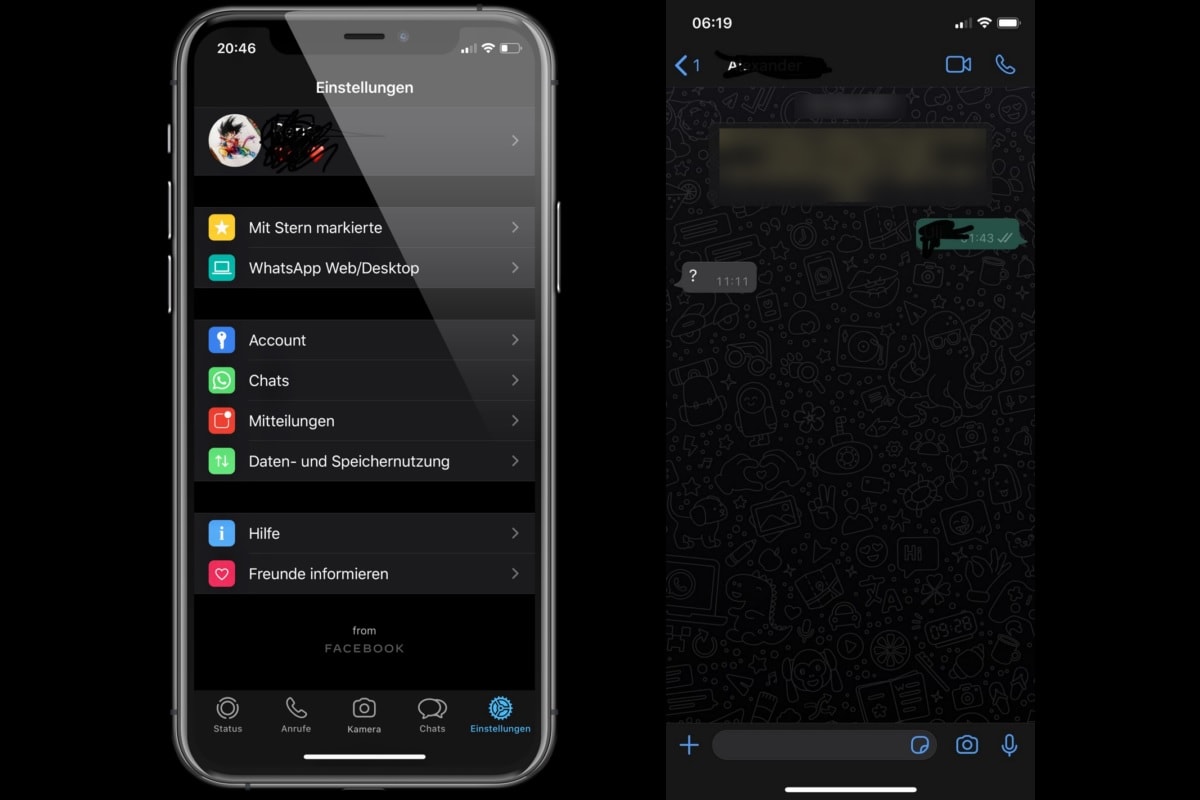 WhatsApp's dark mode for its iOS client is available only to TestFlight members
Photo Credit: r/whatsapp

But just to make it clear, this is beta testing we are talking about, which means the final colour scheme and UI design for the stable version might differ from what we see during the test phase. In case you are curious to download the beta build of WhatsApp and try dark mode on your iPhone, you are out of luck, as Apple's TestFlight program for testing WhatsApp's beta build is currently full. However, if you are on the Android side of things, here's how you can enable dark mode on your phone.