WhatsApp is initially rolling out its Cricket Stickers pack on Android.

WhatsApp has announced Cricket Stickers to celebrate the ongoing Indian Premier League (IPL) 2019 tournament. Initially, WhatsApp is rolling out the official Cricket Stickers pack for Android users, though iPhone users would also soon get the new offering. The new Cricket Stickers pack once rolled out will be available for download to let users share their cricket fever with loved ones. Stickers on WhatsApp are aimed to help users find new ways to express their moods, reactions, and experiences with contacts. Notably, WhatsApp brought stickers to its platform back in October last year.

To begin with the new development, users on WhatsApp for Android will have to download the official Cricket Stickers pack by going to the stickers category tab from the emoji section. The new pack, once downloaded, will be available for sharing with WhatsApp contacts -- just as other stickers and emoji characters.

WhatsApp is initially rolling out the Cricket Stickers pack for Android users, and it can be downloaded from the Sticker Store. The pack includes various stickers to include all your emotions and reactions related to cricket. Moreover, you can use the Cricket Stickers pack to celebrate your favourite player hitting a six or getting a century or while waiting for your favourite team to reach the ground during this IPL season. 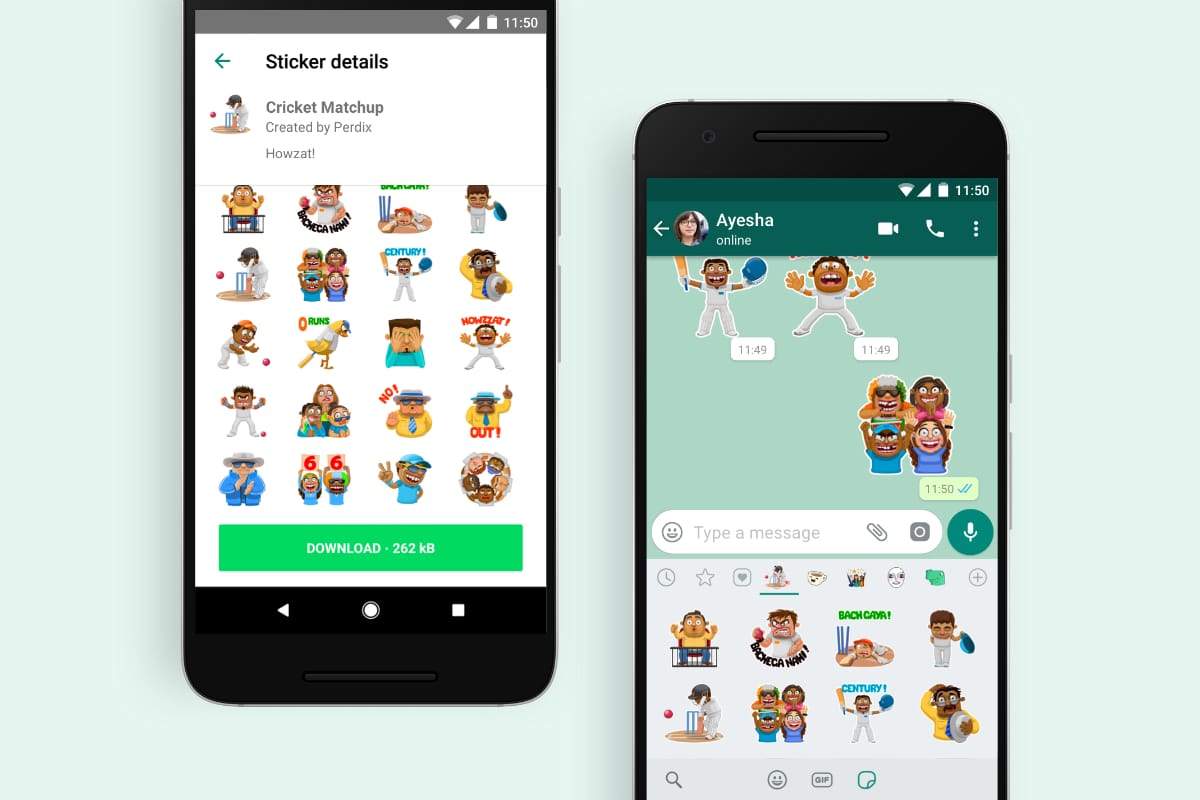 As we mentioned, stickers have been available on WhatsApp since October last year. An ability to download a single sticker was also provided for Android users in February.