WhatsApp Said to Be Working on New Community Feature, Will Allow to ‘Group Other Groups Easily’

WhatsApp Communities is likely to be a new place where group admins may have more control over groups on WhatsApp, mainly to group other groups easily. 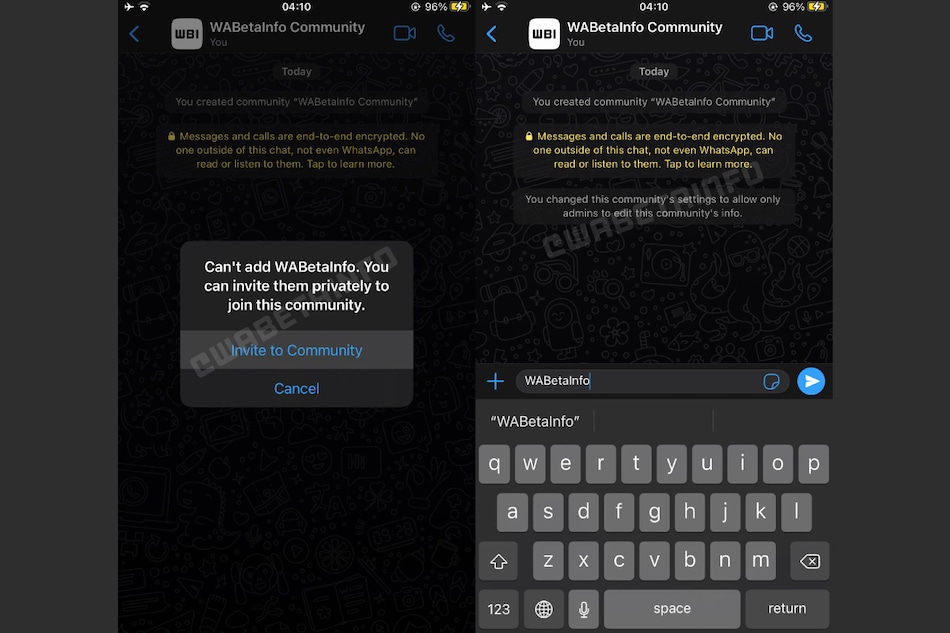 WhatsApp is reportedly developing a new Communities feature. This new feature was spotted under development by WABetaInfo and is said to be an expansion of Groups. According to the features tracker, WhatsApp Communities is likely to be a new place where group admins may have more control over groups on WhatsApp, mainly to group other groups easily. This feature is not available for beta users as its still in the development phase and it may be a while before it is rolled out for testing purposes.

WABetaInfo has shared screenshots of what the new Community on WhatsApp will look like. Going by the name, it is likely to host a large set of like-minded people or people with similar interests. The admin of a WhatsApp Community is said to have more control than a group admin. The WhatsApp Community icon is reported to be square-shaped with rounded edges to distinguish the community from a group chat.

To give a faint idea of what WhatsApp Community might be, WABetaInfo gives an example of students in a degree course which can be considered a community. All of its teaching classes are groups included in this community. Another example of the official Discord server of WBI is given, wherein the Discord sever can be considered a community, while its channels are groups of the community. This WhatsApp Community feature is under development on WhatsApp beta for Android and iOS both, according to the tracker.