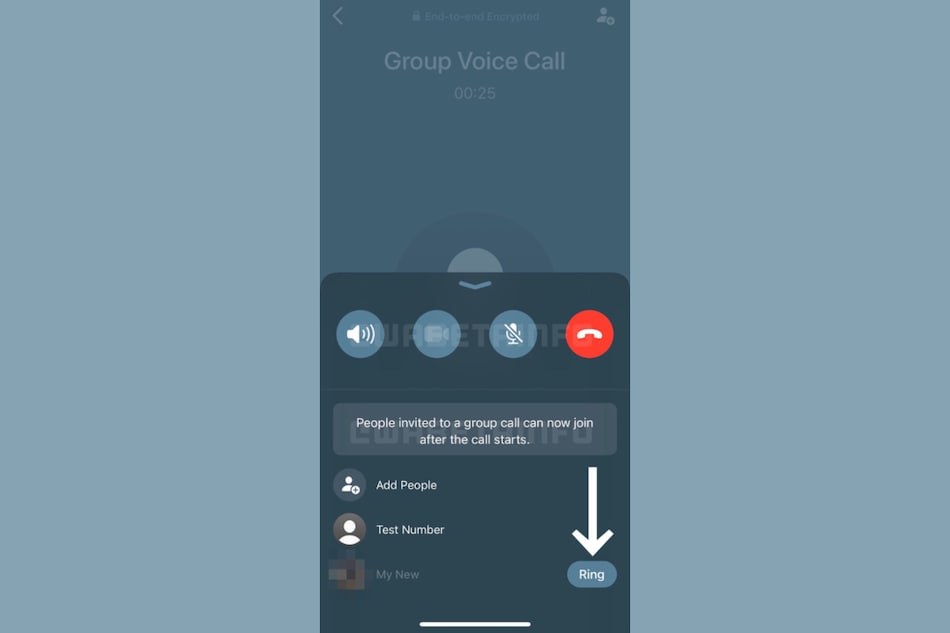 WhatsApp is testing improvements to its voice calling interface. It is also testing the ability to join group calls while they are in progress. The latter has not been possible until now, and if you miss a group call, then an active participant has to add you back in order to be able to join in on the conversation. However, WhatsApp looks to fill this loophole with the option to join an ongoing group call. WhatsApp is rolling out these two changes to iOS beta users.

WABetaInfo, the popular WhatsApp features tracker, reports that the instant messaging platform has released the WhatsApp for iOS beta v2.21.140.11 on TestFlight. The update brings along a new user interface for calling which is very similar to the FaceTime interface. It allows users to quickly find the option they are looking for, including a new Ring button right next to the username. The latest WhatsApp for iOS beta update is also testing the ability to let people invited to a group call join even after the call starts.

As per WABetaInfo, if a user has temporarily ignored participating in a group call, and opened WhatsApp after some time to find that the group call is still ongoing, users will be able to join it without any participant intervention. WhatsApp is likely to present you with an alert if you want to quickly join the call, without asking other participants to add you again. When there is a group call you can join, WhatsApp will show a Tap to join banner in the Calls tab and a Join call button in the group chat where the call is started.

Both these features have been enabled in WhatsApp for iOS beta v2.21.140.11 and users can update to the latest version to test them out. WABetaInfo reports that WhatsApp is going to roll out these features on WhatsApp beta for Android very soon. However, an exact timeline hasn't been announced.