WhatsApp will retain the original method to view a status update via the status tab. 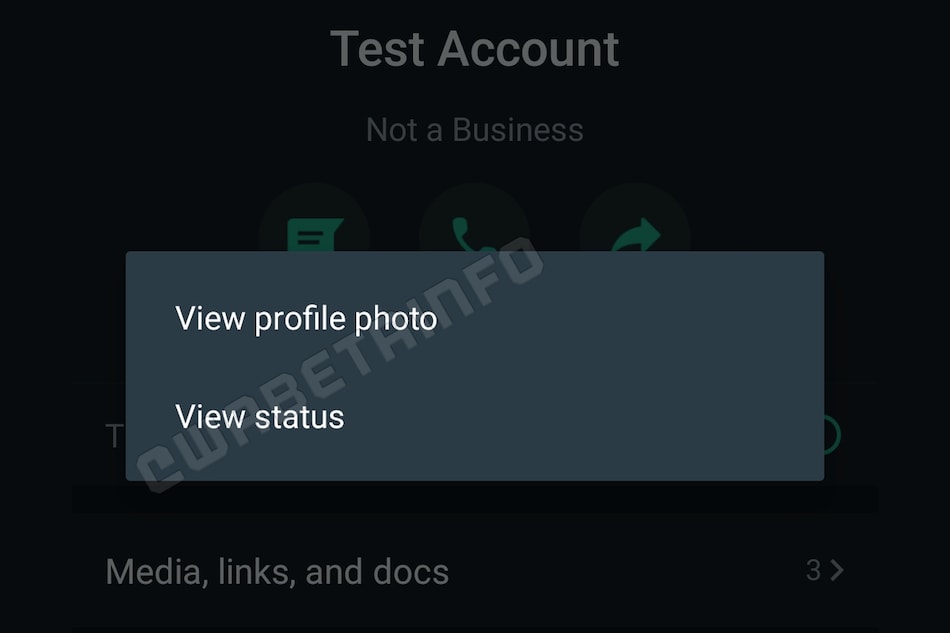 WhatsApp is reportedly getting a new method to view a business account's status update. As per a new report by a WhatsApp features tracker, users can view a business account's status updates by tapping the profile picture in the 'business info' page. The feature is currently being released for beta testers and is expected to roll out to other users in the coming updates. This feature was uncovered in the code of WhatsApp a couple of months ago and was reportedly not available for any users — stable or beta testers — at the time.

According to WhatsApp features tracker WABetaInfo, the instant messaging app is getting a new feature that will let users view status updates of business accounts by tapping the profile picture in the 'business info' page. This will give users two options — view profile photo and view status. The features tracker also noted that the Facebook-owned chat app will retain the old method to view where the status updates are visible in the status tab.

A couple of months ago, this feature was spotted in the code for WhatsApp for Android beta 2.21.17.5. At the time, the feature was still under development and was not released for a public beta test.

Earlier this month, WhatsApp Business account holders received another feature called 'Collections' that will enable them to organise their catalogue better and group items into categories. Furthermore, WhatsApp is reportedly adding a new control bar in the picture-in-picture video mode. The control bar will let users to quickly pause/ resume a video or open/ close full-screen mode. The instant messaging app currently has this feature but only for videos from select platforms.

'Neither Jared, Nor Me': Elon Musk Denies Links to Dogecoin Foundation