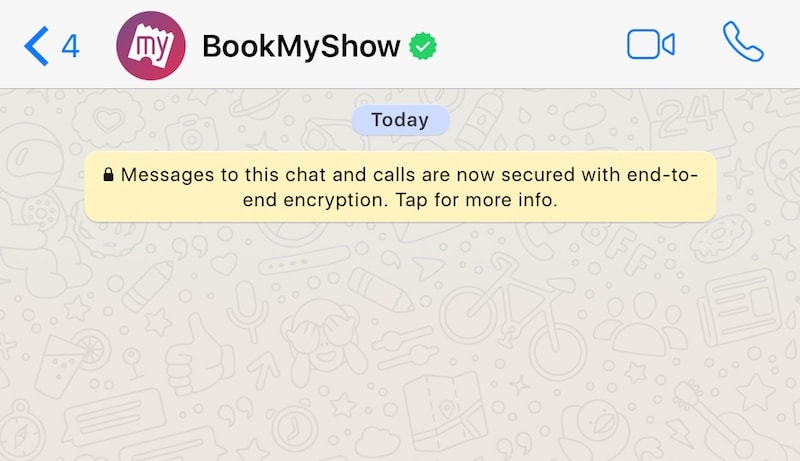 Online movie ticketing service BookMyShow is among the first batch of businesses to sign up for WhatsApp, India's favourite messaging app with over 200 million active users, as it looks to turn many of the traditional texts digital. The move, the fruition of which is likely to take a few months, would help BookMyShow and other companies build a more interactive relationship with their customers.

The Facebook-owned instant messaging client announced last year that it intended to find ways to work with businesses in the coming months. Now that the first signs of its plans have surfaced, it will serve as a deja vu moment for telecom operators in India that have already seen WhatsApp and Facebook lure their subscribers from traditional texting habits.

Much of India, especially those with smartphones, now uses WhatsApp and other instant messaging clients to send messages. Indians sent over 1.4 billion messages through WhatsApp last year. Indian telecom operators do not disclose how many texts are exchanged on their networks. Going by the industry trend, the volume of SMS exchange is dropping. It was already dropping rapidly in 2014, according to a TRAI report.

But traditional texts aren't over yet -- nor should they be (more on this shortly). Ordering any item online - whether it's your lunch, a new phone, or a fan - sets wheels in motion for an army of texts to be delivered to you phone. More often than not, it goes like this: acknowledgement, confirmation, status, details of the personnel handling the delivery, delivery, feedback, and in coming days, offers.

Those texts could soon move to WhatsApp. Things are still at early stage, so we don't know if the participating companies will stop sending text messages altogether - at least for users who opt for it - but it seems like a possibility. BookMyShow is at present testing its WhatsApp Business profile.

WhatsApp is unlikely to leave any stones unturned. The service, which is still free to consumers, has been scrambling for ways to find a business model. It continues to offer its service without ads, and charging business customers for the platform seems like an avenue WhatsApp wouldn't want to underplay.

Especially when it knows that another company is prepping for it. Paytm, India's largest mobile wallet app, plans to launch a messaging feature for businesses as well. The company is expected to roll out the feature this year.

Regardless of the ambitions the companies have, SMSes will continue to remain in existence, even for Paytm and WhatsApp savvy users. There is still no replacement for emergency texts that you receive when your Internet is not working.

Samsung Portable SSD T5 Launched in India Starting at Rs. 13,500 for 250GB
Apple Has Millions on iPhones. Can It Use That to Get You to Watch Its Shows?