Some users are reporting WhatsApp banned them for 24 hours because they violated the app's 'terms of service' by using a third-party client.

Users are reporting about the ban via different social networks (Facebook, Google+ and Twitter) revealing that the ban is only for those Android users who are using the popular third-party client WhatsApp+ or WhatsApp Plus.

WhatsApp has also pointed out the same reason in their FAQ section, stating, "WhatsApp Plus is an application that was not developed by WhatsApp, nor is it authorised by WhatsApp. The developers of WhatsApp Plus have no relationship to WhatsApp, and we do not support WhatsApp Plus. Please be aware that WhatsApp Plus contains source code which WhatsApp cannot guarantee as safe and that your private information is potentially being passed to 3rd parties without your knowledge or authorization."

The company is now asking users to uninstall WhatsApp+ and install an authorised version of WhatsApp from official website or Google Play to reuse the service, although the 24-hour ban period will reportedly remain in effect for the full duration despite replacing or uninstalling the app.

Meanwhile, some purported screenshots of WhatsApp's anticipated official Web client have surfaced online. According to GSMArena, the screenshot images were shared by a Google+ user and were shortly removed. 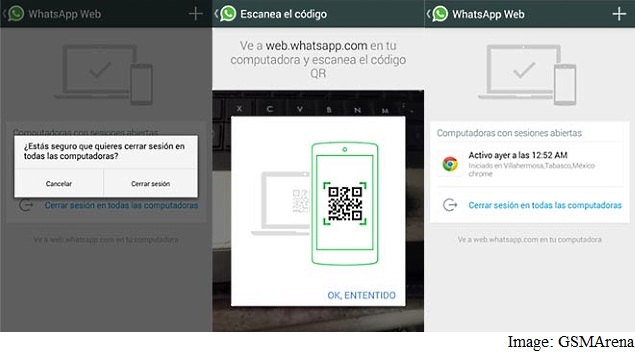 Though the images don't show a Web client, it is seen that WhatsApp for Android in its settings screen is prompting users to pair the device with a Web browser and a trusted computer for a secure connection.