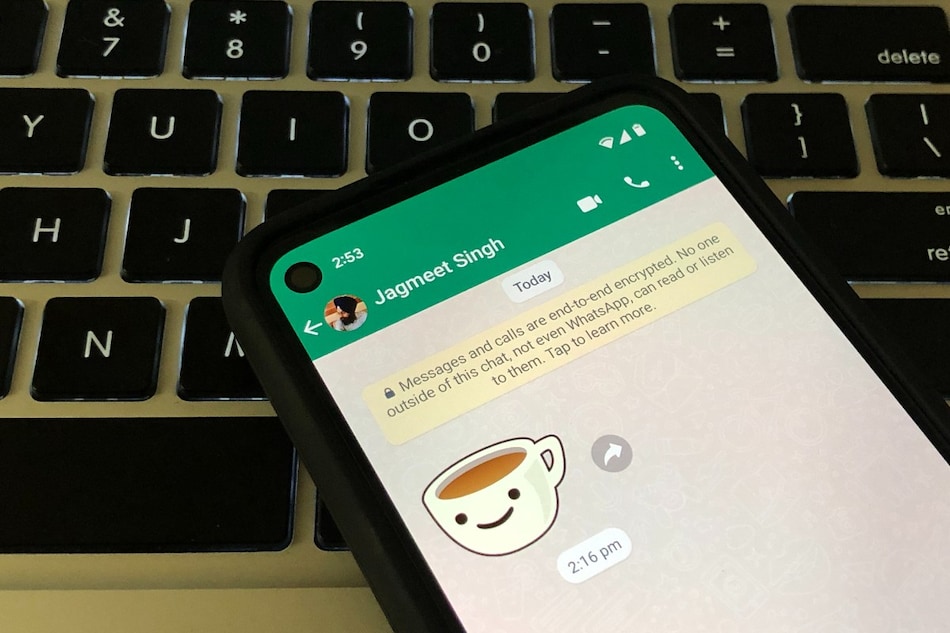 WhatsApp has started testing a new shortcut to let users quickly forward stickers to their contacts. The change has initially been implemented for beta testers on Android, though it may reach the masses in the coming days. It comes days after WhatsApp introduced a custom sticker maker for its desktop and Web users to let them easily create new stickers. The instant messaging app owned by Meta (formally called Facebook) has been using stickers as one of the key sources to allow individuals to express themselves using small visuals. It also allowed third parties to build stickers for the app.

As spotted by WhatsApp features tracker WABetaInfo, WhatsApp for Android beta version 2.21.24.11 has brought the dedicated shortcut to let users quickly forward stickers. It also appeared for some beta testers on earlier versions. Gadgets 360 was able to see the update on the recent WhatsApp beta.

The forward shortcut sits next to the sticker you have in your message thread to let you instantly share with others on WhatsApp. You need to tap the shortcut and then select the contact with whom you want to share your sticker. This cuts down the normal process where you need to tap and hold the sticker and then hit the Forward button from the top bar to share it with your contacts.

WhatsApp already has a forward shortcut for images that works in a similar manner and helps you quickly share the images you have in your threads.

You can check out the update by downloading the latest WhatsApp for Android beta version after enrolling as a tester for WhatsApp on the Google Play Beta testing programme. Alternatively, you can look at the changes by sideloading the APK file of the beta version from APK Mirror.