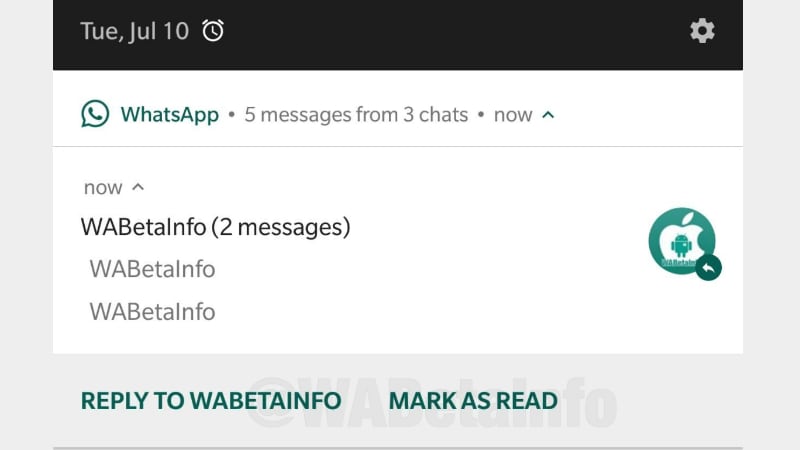 WhatsApp has introduced a host of features in the recent past, and the most topical one is the new 'Forwarded' label that will be pasted on all the forwarded WhatsApp messages you receive to help you determine if your contacts have written the message they sent or if it was originally created by someone else. The new feature comes as another move by the Facebook-owned company that can help limit the circulation of spam and fake news on its platform. Now, in Android beta, a new feature has been spotted, enabling users to mark their chats as read from the notification panel itself. The feature is still in development, and not accessible by users.

WABetaInfo reports that WhatsApp is working on a 'Mark as Read' feature for the notification centre. This feature will enable users to mark a message as read from the notification panel itself, without opening the app or the chat. Currently, the notification panel only shows the 'Reply' shortcut button below a WhatsApp message, but now the Mark as Read button will also be live soon. This feature was spotted in WhatsApp Android beta version Android 2.18.214, but beta users will not be able to see it. The feature is still in development stage, and hasn't been made accessible yet. However, it can be expected to be seen by users in the near future.