WhatsApp May Make it Easier to Submit Bug Reports

WhatsApp 2.20.202.7 beta for Android carries some references for in-app support.

WhatsApp already has an email address to receive bug reports, but the new move would make things easier

WhatsApp seems to be adding in-app support to let users file a bug report directly from the messaging app. Some references of the new move have been spotted within a new WhatsApp beta version for Android. It appears to be a part of the WhatsApp Settings menu and would be available on a dedicated 'Contact us' page. However, the Facebook-owned app is yet to bring the feature to the public. Beta testers have also not been provided with its access for the time being.

As reported by WhatsApp features tracker site WABetaInfo, WhatsApp 2.20.202.7 beta for Android carries the references for in-app support. It would be available through the new Contact us page that would require users to type their complaints in a text field.

A checkbox to include device information would also be provided as an option in addition to the text field. It will let users include system details and logs to help the WhatsApp team understand the issue. However, text messages, media files, and status updates are not likely to be a part of the logs provided through in-app support. 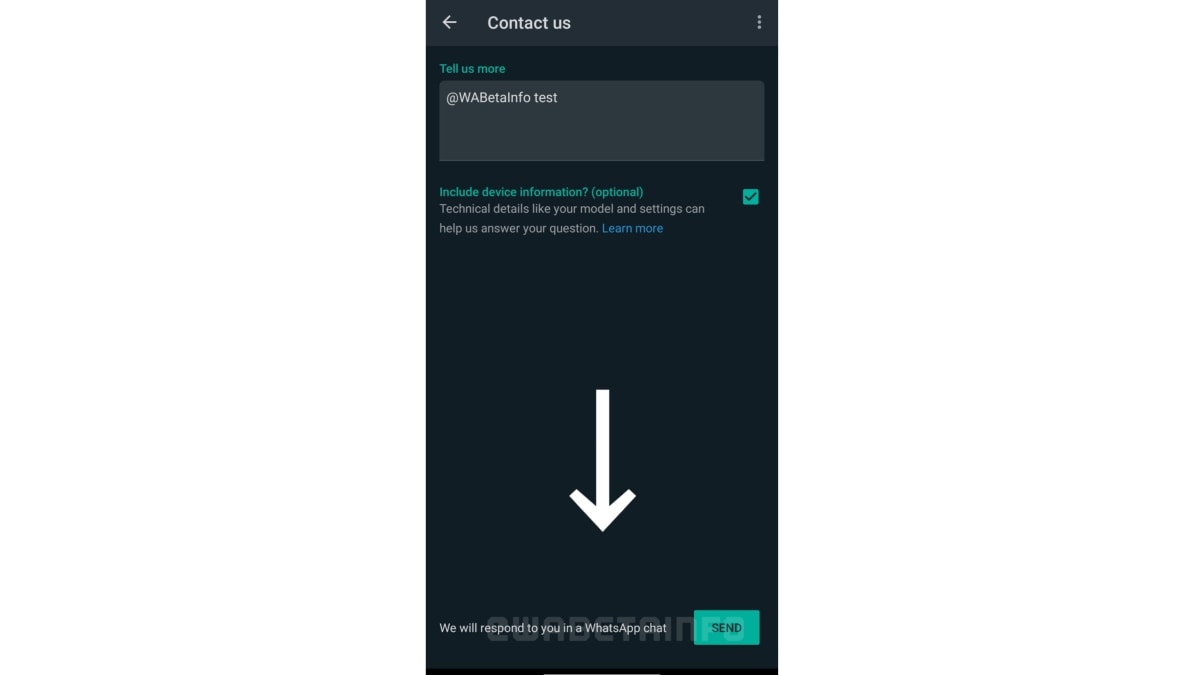 WhatsApp seems to have a new 'Contacts us' page in development to receive bug reports from users
Photo Credit: WABetaInfo

Although WhatsApp already has an email address (support@whatsapp.com) for receiving bug reports and complaints from users, the new addition will make it even easier for users to highlight their problems.

Nevertheless, in-app support on WhatsApp is still under development and is not visible even on the latest beta version. It is likely to be available for all WhatsApp users in a future build, though.

Further reading: WhatsApp beta for Android, WhatsApp for Android, WhatsApp
Jagmeet Singh Email Jagmeet Jagmeet Singh writes about consumer technology for Gadgets 360, out of New Delhi. Jagmeet is a senior reporter for Gadgets 360, and has frequently written about apps, computer security, Internet services, and telecom developments. Jagmeet is available on Twitter at @JagmeetS13 or Email at jagmeets@ndtv.com. Please send in your leads and tips. More
Poco F1 MIUI 12 Update With September 2020 Patch Rolling Out in India

WhatsApp May Make it Easier to Submit Bug Reports
Comment
Read in: हिंदी