A new Protect Backup feature has also been also spotted under development on WhatsApp, and it looks to offer an added layer of security for your Google Drive backups.

Whatsapp v2.20.117 beta for Android has been released for testers

WhatsApp has released a new beta version for Android, bringing in changes and new features. The update reportedly gives us a glimpse at an upcoming Advanced Search feature that will enable users to quickly find any type of media easily. A new Protect Backup feature has also spotted to be under development, and it looks to offer another security layer for your Google Drive backup. WhatsApp is also looking to implement new auto-download rules that will bar frequently forwarded images, videos, documents, and voice messages to be downloaded automatically.

WhatsApp features tracker WABetaInfo has published new features that it has discovered inside WhatsApp v2.20.117 beta for Android. The update reportedly fixes a critical bug that caused the app to crash. The features tracker notes that WhatsApp crashed because there was a missing library called libcurve25519.so. WhatsApp couldn't find this dependency and it crashed.

Apart from this fix, the latest beta version includes details of an Advanced Search Messages feature that will allow finding any type of media easily. Users will be able to specifically search for photos, audio, GIFs, video, and documents using this new search feature. This feature is still under development and may not be seen even if you're on the latest beta version. This feature was spotted in WhatApp v2.20.30.25 beta for iPhone last year, and now it's being tested on Android as well. 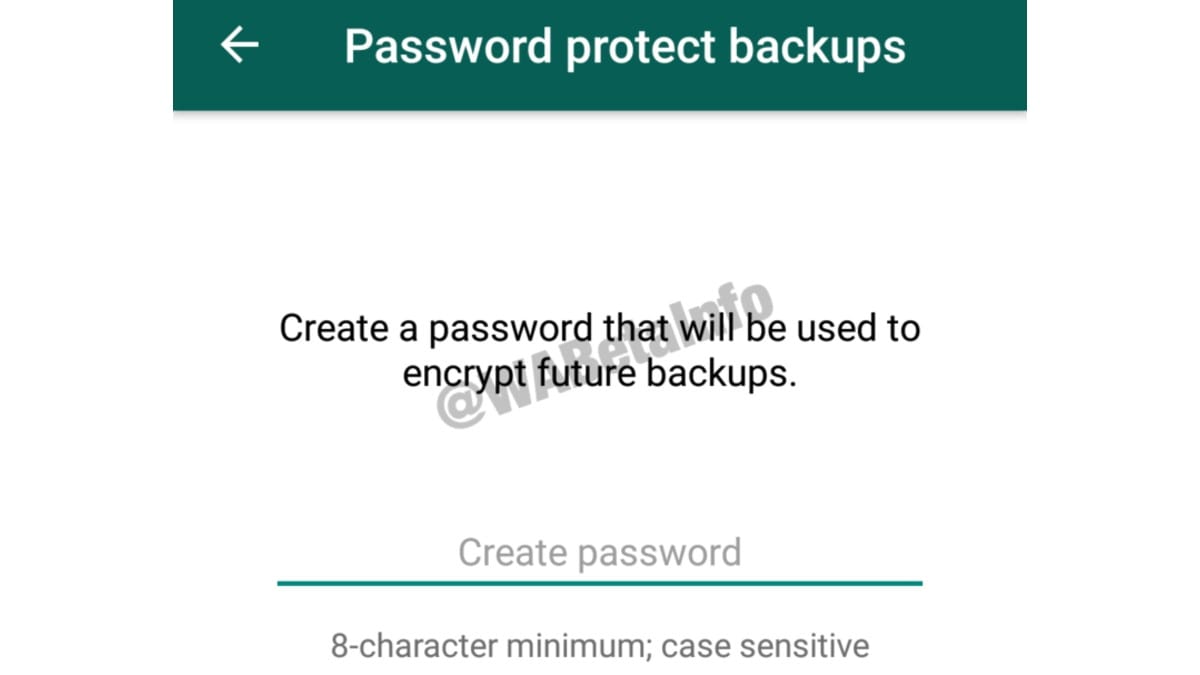 WhatsApp is working on a Protect Backup feature in Android

As for the Protect Backup feature, this feature is also still under development, but the new update brings the field where the password will needed to be pasted. Earlier, this feature was spotted in WhatsApp v2.20.66 beta for Android, and for those unaware, the feature enables users to protect their chat backups with a password. It essentially acts as an added layer of security, and WABetaInfo notes that the ‘the password is not saved in WhatsApp or Facebook servers, so if you will lose the password you cannot recover your chat history from the backup.' Again, you may not see this feature even if you are on the latest beta, as it hasn't been enabled yet.

Lastly, WhasApp is also working on a new auto-download rule that should be enabled by default in one of the the future updates. As per this new decree, frequently forwarded images, videos, documents and voice messages will never be automatically downloaded from WhatsApp. Currently, users are given the option to keep auto-downloads on for select media content. For instance, you can keep it on for documents, videos, audio, or photos, and the selected media type will be automatically downloaded on your device. However, in a future update, this will change and the new mentioned rule will be applicable.