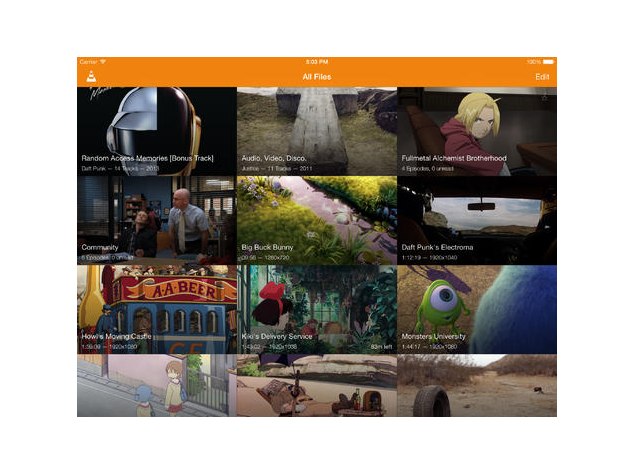 The VLC for iOS app has received an update to version 2.2.0, and now has a revamped user interface matching the iOS 7 style.

The latest VLC player UI also comes with additional features, and includes new gestures, such as two-finger tap for video pause, and swipes for adjusting brightness, playback and volume. It has been understood that a vertical swipe in the right half and left half will enable the user to easily adjust the volume and brightness respectively.

Besides the fresh new iOS 7 look, the VLC for iOS update additionally supports Dropbox and HTTP live streaming along with a support for downloads from Google Drive.

Some other changes in the VLC for iOS update include the ability to sort TV shows season and episode number, along with the option of renaming any media item directly from the library.

Additional languages supported by the updated VLC for iOS player are Czech, Malay, Persian and Spanish.

The VLC app made a comeback to iOS devices last year in July as version 2.0 after two years. The VLC 2.0 version boasted new features like Wi-Fi syncing and Dropbox integration, in addition to sync via iTunes, for playing videos of different formats. It was completely rewritten and allowed users to play all possible video file formats.

The latest VLC player 2.2.0 for iOS can be downloaded from iTunes.