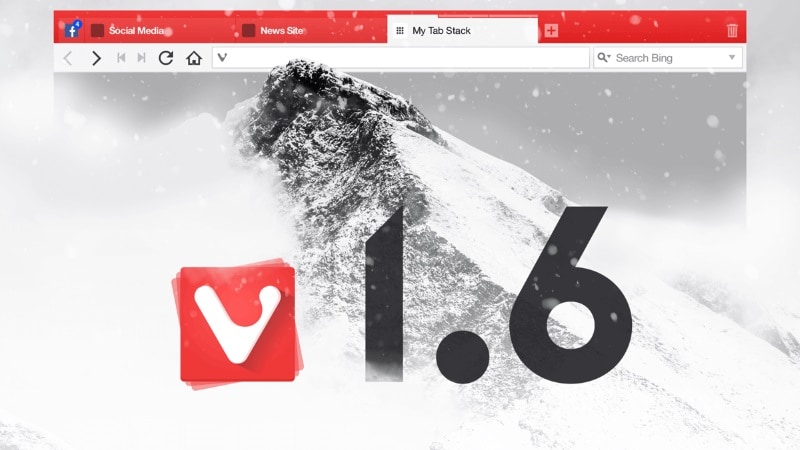 Vivaldi Browser, which was publicly launched in April for Windows, macOS, and Linux, received a major update last month as the browser was provided with the functionality to control smart home lighting from Philips. Now, Vivaldi Technologies, the team behind the browser has released version 1.6 update for the browser that brings along several useful features.

The Vivaldi v1.6 update comes along with the 'Tab Notifications' feature that keeps users updated regarding the changes in the tabs. "Tab notifications notify about the changes happening in both pinned or regular tabs. This works particularly well on messaging and social media websites where Vivaldi counts the numbers disclosed in the page title and highlights them as an overlay icon on the tab," the company said in its press release.

With the Vivaldi v1.6 update, the tab settings now provide users with the option to name the tab stacks. In order to name a tab stack, users just have to simply right-click on the stack and choose the option to rename it. The name set by the users will be displayed for all the tabs in the stack.

The tab selection has further been made easier with the latest update to the browser. The browser now allows users to select multiple tabs by their domain by holding down Ctrl (or the command button on macOS) and double-clicking on one of the tabs. The company says that this helps in making the tab bar look neat and organised.

"While we work on bigger features, our focus on the detail does not stop. The Vivaldi browser is heading to be more interactive and intuitive. It's about creativity, customisation and freedom," company's CEO on von Tetzchner was quoted as saying in the release.