Viber 5.0 for Android and iOS Brings Video Calling and More 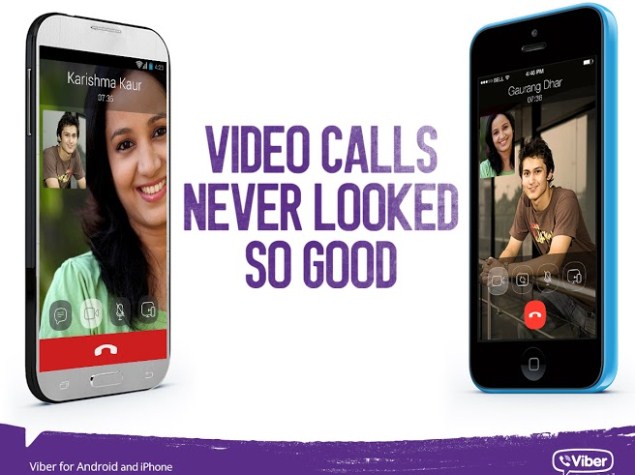 Viber on Thursday announced an update for its Android and iOS apps, bringing them to version 5.0 and adding video calling support. The company has also released the new versions of its desktop applications for Windows, Windows 8 and OS X.

"We're delighted to bring video calling to mobile," said Talmon Marco, Viber CEO. "Now that you can make video calls from your phone as well as on your PC and Mac, you can always talk in the way that's most convenient for you, wherever you happen to be."

The updated Viber app for Android and iOS also includes QR code scanning for adding friends, which can also be done by adding friends' Viber numbers. With Viber 5.0 for iOS, users can also easily manage sticker's packs with ability to turn packs on/off, reorder sticker packs, as well as forward photo or video messages. Viber 5.0 for Android also includes support for Bulgarian, Persian, and Serbian languages along with a redesigned UI.

Meanwhile, the company has also released the updated Viber desktop (v4.2) application that includes a new design, backgrounds gallery along with improvements and bug fixes. On the other hand, Viber for Windows 8 (v3.2) includes a new design, an updated snap mode with stickers, emoticons and notifications. The application also enables easy contact search, ability to see online contacts from the home screen and png support for photo messages.
Comments