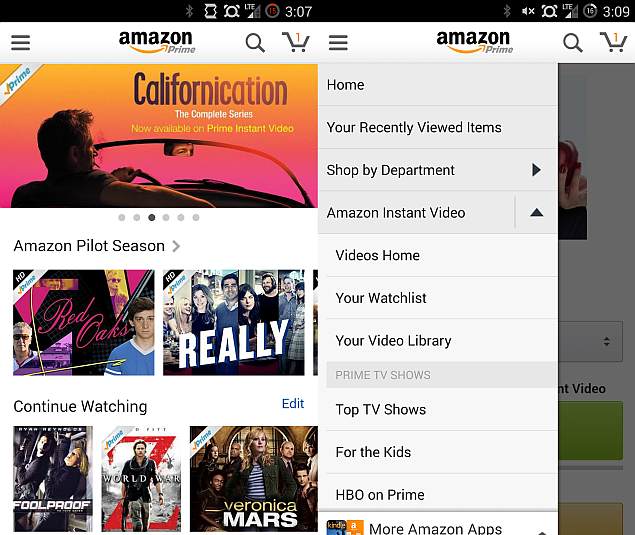 On Wednesday, multiple reports claimed that the Amazon app has been removed from Google Play search section, but its direct link was still available.

The reason suggested by reports was that Google banished the Amazon app from search because of its recent Amazon Appstore for Android integration earlier this year in the US. But at the time of writing on Thursday, we at NDTV Gadgets see that the app has now come back in search, though we are not sure that if it was taken away at all from Google Play India.

While Google didn't comment on the reports, Amazon responded to Android Police, and pointed towards the change in Google's Developer Distribution Agreement section 4.5, which caused the issue. It also confirmed the main Amazon app has been replaced by the Amazon Shopping app, which doesn't bear the Amazon Appstore for Android integration.

"We launched a new Amazon app for Android phones on September 9 that provides an award-winning mobile shopping experience, enables customers to discover and purchase all of Amazon's digital catalog, and provides customers access to the Prime Instant Video player and unlimited streaming of over 40,000 movies and TV episodes. Google subsequently changed their Developer Distribution Agreement on September 25. As a result, we removed the app from Google Play and published the Amazon Shopping app," Amazon responded to Android Police.

Amazon's statement however doesn't explain why some publications were unable to find the app via Google Play search. Notably, Google had changed the section 4.5 in September, from "Non-compete," to "Alternative Stores".

4.5 Non-Compete. You may not use the Market to distribute or make available any Product whose primary purpose is to facilitate the distribution of software applications and games for use on Android devices outside of the Market.

4.5 Alternative Stores. You may not use the Store to distribute or make available any Product which has a purpose that facilitates the distribution of software applications and games for use on Android devices outside of the Store.