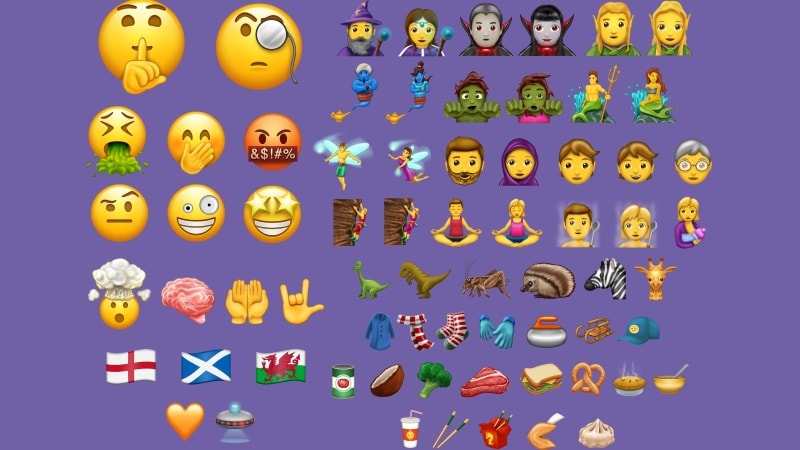 The Unicode Consortium on Tuesday announced the launch of Unicode 10 that brings a bunch of new emojis, a new Bitcoin sign, and a set of Typicon symbols. With the Unicode 10, 56 new emojis have been released along with a major addition of 8,518 characters bringing the total number of characters to 136,690. Originally unveiled in March this year, the new emoji characters are likely to debut with the iOS 11 slated to roll out later this year.

The new Unicode 10 includes a plethora under the hood updates and improvements such as some new scripts that add support for lesser-used languages, integration of core specification and data files under the same date, and some Unicode Line Breaking Algorithm & UAX modifications, in addition to new emojis. The new 56 new emoji figures include some of the highly demanded emojis like Hijab, Zombie, 'Colbert Emoji', Scarf among others. A new Bitcoin symbol and Typicon characters are the notable ones in the new update. The entire list of 56 new emojis is available on Unicode's own emoji chart and Emojipedia.

"The Unicode Standard is the foundation for all modern software and communications around the world, including all modern operating systems, browsers, laptops, and smartphones-plus the Internet and Web (URLs, HTML, XML, CSS, JSON, etc.)," notes Unicode Consortium's blog post, emphasising on the future availability of Unicode 10 on Internet browsers as well as other supported platforms and devices.

As we said, the Unicode 10's new emoji set is reportedly expected to roll out with iOS 11 this fall - however, Apple may choose to push it to a smaller update like iOS 11.1 or so, reports 9to5Mac. Having said that, there is no information available as of now for other major platforms like Android and Windows.