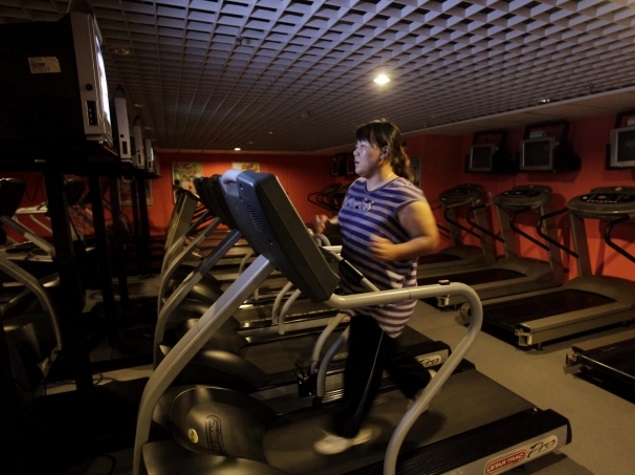 Under Armour, which on Wednesday reported a better-than-expected 37 percent increase in quarterly profit, has been growing its sales by integrating fitness tracking services with its sportswear.

The company bought MapMyFitness, an app to virtually track fitness workouts, in 2013.

MyFitnessPal, which claims to have over 80 million registered users, has developed one of the largest nutrition and calorie databases. That data is an attractive prospect for Under Armour, which is increasingly looking to use insights about consumers' health and fitness to sell more apparel.

Under Armour, which said in a statement that it is trying to create the world's largest digital health and fitness community, may soon compete with Apple Inc and Google Inc. The two technology companies are also building their own software and services for the health and fitness-conscious.

Under Armour, which recently dislodged Adidas as the No. 2 sports footwear and clothing brand in the United States by sales, behind Nike Inc, said sports apparel sales rose 30 percent in the fourth quarter.

Footwear sales surged 55 percent in the three months ended Dec. 31, the company said, driven by demand for its running shoes, including the SpeedForm Apollo shoe, and new basketball footwear.

Under Armour forecast full-year 2015 revenue of $3.76 billion (roughly Rs. 23,272 crores), a 22 percent increase, in line with the average analyst estimate, according to Thomson Reuters I/B/E/S.

The company's shares closed at $73.57 on Wednesday. They have risen 40 percent in the past 12 months.