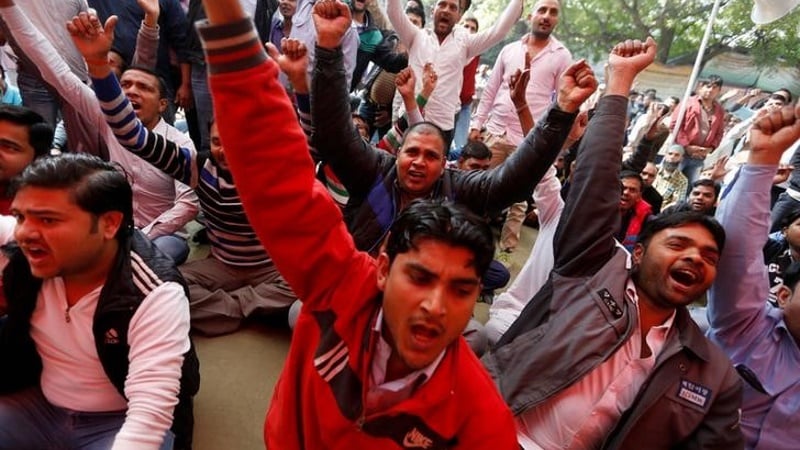 Twenty drivers attached to Ola and Uber on Wednesday began an indefinite fast in Bengaluru to protest against the cab aggregators not meeting their charter of demands.

Their protest got a boost with politicians including former Chief Minister H D Kumaraswamy and other transport unions reportedly assuring their participation in the protest.

The drivers began their fast at Freedom Park in Bengaluru after they met Kumaraswamy. Hundreds of protesters thronged the area.

Some prominent leaders including Karnataka Rajya Raitha Sangha President Kodihalli Chandrashekhar addressed the gathering. He urged Siddaramaiah and State Transport Minister Ramlinga Reddy to immediately warn the aggregators to meet the demands of the protestors.

He said government should prevail over the aggregators in asking them to adhere to the provisions under Karnataka On-Demand Transportation Technology Aggregators Rules, 2016.

The drivers want Ola and Uber to stop attachment of new cabs as it affects their bookings and also to stop penalising drivers, based on customer ratings.

Before going on fast, the drivers had gone on an indefinite strike, and prior to it, they had staged a protest against the transport department, asking for enforcement of the rules, on February 19.