More than 500 million rides have been taken by people in India on Uber cabs in the four year since the ride-hailing company's debut in the country, it said on Thursday. It's a major milestone for Uber, which said it is "winning in India," its largest overseas market.

The demand for Uber, which operates in 29 cities in India, surged by almost 2.5 times between June 2016 and June 2017, the app aggregator said. India was the 18th market for the San Francisco-headquartered company when it entered the nation.

At the time when Uber entered India, it competed with a slew of cab services including kaali peeli in several states, Jugnoo, Meru, and Ola, which was also in its nascent stage at the time. Since then, Ola and Uber have established dominance in the market by employing aggressive price wars that other cab companies couldn't match. A person familiar with the matter said Ola, which operates in 110 cities in India, has "easily" witnessed "twice" as many number of rides in the country.

As Uber celebrates its fourth-anniversary in India, the company has shared several additional stats.

Number of drivers on platform
Uber says over 450,000 driver partners, or "micro-entrepreneurs," as the company calls them, have registered with the platform. "They [drivers] are carving out better, more secure futures for their families by making the pivotal switch to be an independent entrepreneur," Uber says.

In terms of how well-behaving these drivers are, over 80 percent of all rides have been rated with a 5-star, the company said. Uber had told Gadgets 360 last month that it has over 240,000 weekly active drivers in India. The company said it sees new drivers join the platform everyday, and it saw a 60 percent year-on-year increase in driver sign ups in January 2017.

Number of riders
Uber didn't disclose exactly how many people in India are registered with the service, but said over five million active riders take at least one ride every week.

According to an independent study by caller ID app Truecaller, Ola drivers and its passengers made 102 million calls in a month last year. In comparison, calls between Uber drivers and its users totalled to 39 million. 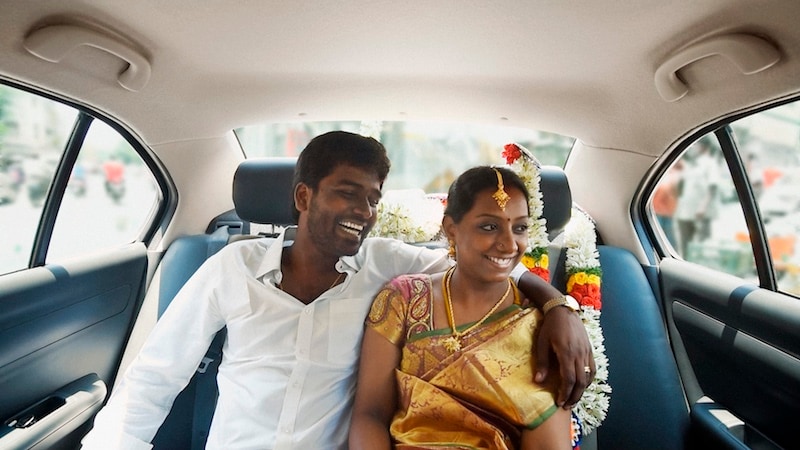 Earnings: How drivers are compensated
Uber told us last month that over 80 percent of its drivers in India -- those who are online for more than six hours a day -- make between Rs. 1,500 and Rs. 2,500 net a day, after Uber's service fee.

Popularity of UberPOOL
The carpooling offering from Uber, called UberPOOL, amounts for more than 25 percent of all Uber rides in the country. UberPOOL is at present available in Delhi, Hyderabad, Kolkata, Mumbai, Chennai, and Pune.

The ride-hailing company says by opting for UberPOOL service, riders have saved drivers from travelling an additional 48 million kilometres, which according to company's own estimates equals to 62 trips to the moon and back. More importantly, UberPOOL has also helped save 2.3 million litres of fuel and emission of over 5.3 million kilograms of carbon dioxide.

Shortest and longest trips
Over the course of its four years of operations and 500 million rides, Uber says the shortest trip it has seen on its platform in the country was a journey which stretched only to 0.5 kilometres. In comparison, the longest trip has been 45 kilometres long.

Most dedicated rider and driver
Chandigarh-based driver Jaswinder Singh has taken 12,574 trips on Uber's platform so far. Chennai-based driver Raghupathy M is quickly closing the gap, standing at 12,354, according to the latest numbers provided by Uber.

A rider from Chennai leads the pack with 3,485 trips in India.

International travellers prefer Uber
Uber, which operates in over 650 cities across the world, is unsurprisingly the choice of cab platform among international riders. Riders from 94 countries have used Uber in India, the company said. Visitors from US and Canada have taken the most number of riders in India. To give us a perspective, Uber said 369,003 people from the United States took an Uber ride in India last year.