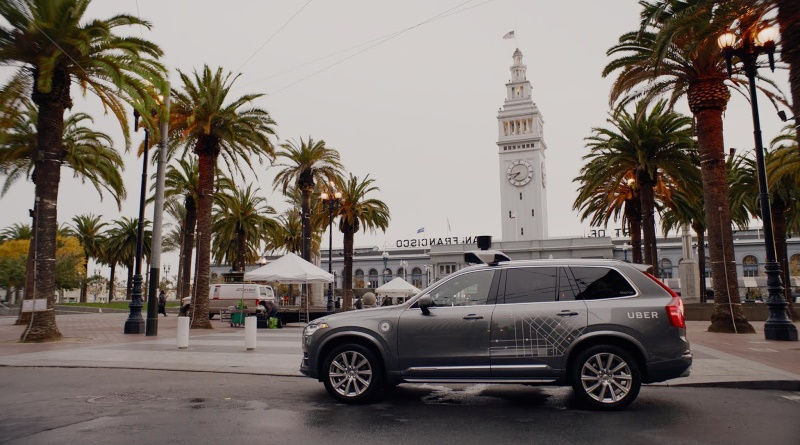 Uber said Friday it planned to keep its self-driving cars on the streets of San Francisco, defying a state order to halt the test program.

The ride-sharing giant said it disputed the interpretation by the California Department of Motor Vehicles that the cars require a special permit, saying they had the same autonomy capabilities as Tesla cars which have an optional "Autopilot" feature.

Anthony Levandowski, Uber's vice president for advanced technologies, said that as with the Teslas, the cars driven by Uber still have a driver capable of assuming control at any time.

"We respectfully disagree with the California DMV's interpretation of autonomous regulations, in particular that Uber needs a permit to operate in San Francisco," Levandowski told a conference call with journalists.

"While these are considered state of the art today, they still require monitoring by a vehicle operator at all times."

Levandowski said Uber did not plan on seeking a state permit and for now planned to continue picking up passengers in San Francisco despite the threat of legal action.

He called it "an important issue of principle" about "uneven application of statewide rules."

"We cannot in good conscience sign up for regulation of something we are not doing," he said.

Levandowski said Uber was having "frank conversations" with regulators and hoped to convince them that its autonomous cars were no different from Tesla's, which allow a driver to turn over many operations to an onboard computer but still need a human behind the wheel.

"We have a person sitting in the driver's seat, and there's also a person next to them looking at the system and trying to confirm that everything is going well," he said.

"They are able to override and take control of the vehicle at any time."

The announcement by the global ride-sharing colossus came two days after state regulations said the testing program was not authorized.

In a letter to Uber, DMV counsel Brian Soublet said the permit is required to protect public safety.

"It is illegal for the company to operate its self-driving vehicles on public roads until it receives an autonomous vehicle testing permit," he wrote.

"It is essential that Uber takes appropriate measure to ensure safety of the public. If Uber does not confirm immediately that it will stop its launch and seek a testing permit, DMV will initiate legal action."

Backers of autonomous vehicles say the technology can reduce more than 90 percent of accidents, which mostly are due to human error.

Since its debut in 2010, Uber has grown into a worldwide phenomenon despite regulatory hurdles and resistance from traditional taxi operators.

In its latest funding round, Uber was valued at more than $60 billion, but has racked up losses at it expands and takes on competitors such as Lyft.

Yahoo Hack: Disclosure Lag Could Be a Simple Lack of Knowledge