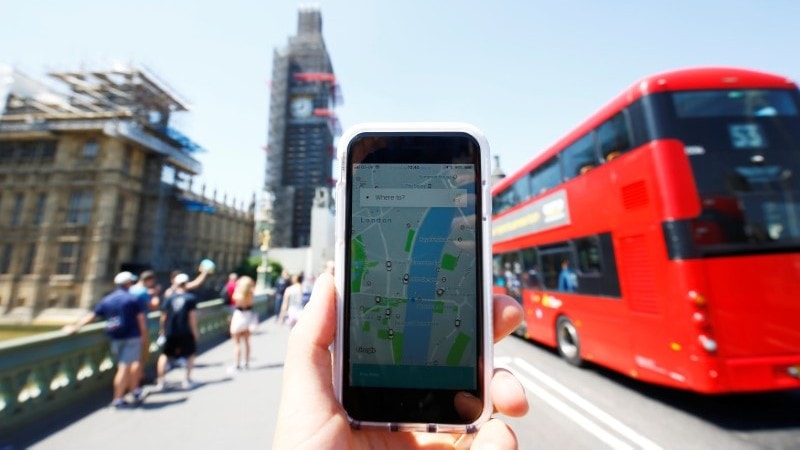 Uber claimed Monday to have mended its ways as the ride-hailing app started its appeal against being stripped of its licence to operate in London.

Uber agreed that the city's transport authority was right to block its renewal last September - but said it had since undergone "wholesale change" in response, and the decision should therefore be overturned.

Uber's appeal is being heard at Westminster Magistrates Court in London, and a decision could come as early as Tuesday.

"We accept TfL's decision in September was the right decision on the evidence at the time," Uber's lawyer Tom de la Mare told the court.

"That acceptance has led to wholesale change in the way we conduct our business."

The company has about 40,000 drivers and 3.5 million customers in the British capital.

Uber has said it has made significant reforms such as proactively reporting serious incidents to the police and insuring that all drivers are licensed by TfL.

Battle could roll on
Judge Emma Arbuthnot, England's chief magistrate, will rule on whether Uber is now eligible for a licence, without basing her judgement on the merits of TfL's decision in September.

Uber can continue to operate in London during the appeals process, which could continue in higher courts if either party is unhappy with Arbuthnot's verdict.

She said that were she to renew Uber's licence, "18 months would be rather too long".

Tom Elvidge, Uber's general manager in Britain, said Uber was "undergoing a period of significant change and, in light of what was available to TfL given the mistakes that ULL made, I absolutely accept that decision in September".

He said the move "certainly accelerated" changes, which include telling the regulator when drivers get convictions or are removed from the app for other reasons.

Online eye tests relying on the honesty of would-be drivers were "not a good idea", he admitted.

"The changes we are making are fundamentally different," he said, adding that the company's culture had "changed enormously".

TfL's lawyer Martin Chamberlain accused Uber of lacking transparency and of "drip-feeding incriminating information to its regulator only when it's squeezed out".

Elvidge conceded that was "certainly one of the interpretations".

Uber's other woes
In a separate case, Uber is also appealing against an employment court ruling that would give its drivers the right to paid holidays and the national minimum wage.

The app has already capped the number of hours its drivers can work in Britain in a bid to increase safety after heavy criticism of its business practices, and will set up a 24/7 telephone helpline for riders and drivers.

The London licence is one of a number of headaches for Uber and its new chief executive Dara Khosrowshahi, who took over last August after founder Travis Kalanick was ousted following a series of scandals.

Its self-driving car programme in the United States suffered a blow with a deadly accident in March.

Uber also faces being banned in Turkey after President Recep Tayyip Erdogan said earlier this month that the app was "finished", following an intense lobbying campaign from Istanbul taxi drivers.