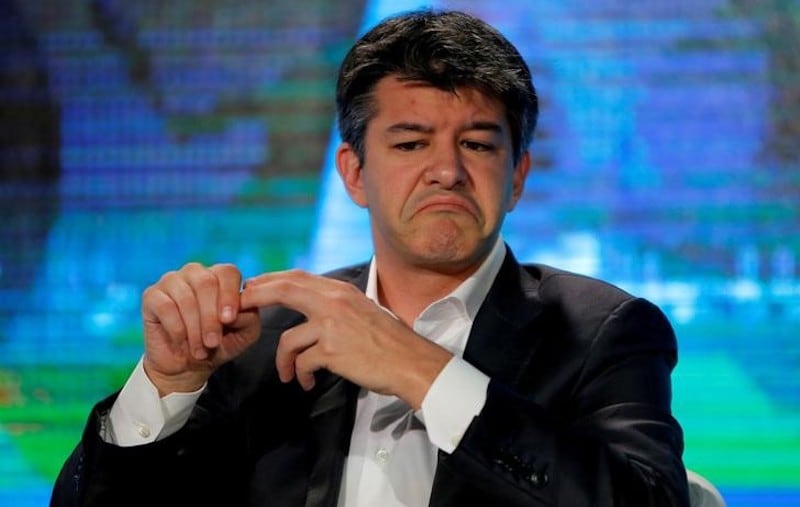 The ousted chief executive of Uber Technologies called a lawsuit filed against him by one of the company's top investors a "public and personal attack" without merit, according to court documents filed late on Thursday.

Venture capital firm Benchmark Capital, which says it owns 13 percent of Uber and controls 20 percent of the voting power, sued former Uber CEO Travis Kalanick last week to force him off the board, where he still has a seat, and rescind his remaining power there, citing fraud and deception.

Kalanick, in the first court filing in response to the lawsuit, said Benchmark's legal action is part of a larger scheme to oust him from the company he helped found and take away his power. He also argued that the legal quarrel should take place in arbitration.

Benchmark's lawsuit marks a rare instance of a well-regarded Silicon Valley investor suing the central figure at one of its own, highly successful startups. The case has stunned Silicon Valley's venture capital community and created a divided Uber board and infighting among shareholders, many of whom have criticised Benchmark for suing.

At issue is a change to the board structure in 2016 to expand the number of voting directors by three, with Kalanick having the sole right to fill those seats.

In its lawsuit, Benchmark argues that Kalanick hid from the board a number of misdeeds, including allegations of trade-secret theft involving autonomous car technology and misconduct by Kalanick and other executives in handling a rape committed by an Uber driver in India, when he asked Uber's board to give him those extra seats.

Benchmark says it was "fraudulently induced" to agree to the change and wants Kalanick to give up control of those seats.

Kalanick's court filing rejects that allegation, saying that at the time of the board change "Benchmark was fully aware of all of the allegations involving Kalanick", yet the firm "made no mention of having been 'fraudulently induced' to enter" into the agreement. Through May, the venture firm continued to support him. Then in June, Benchmark was part of a group of five investors who demanded Kalanick's resignation as Uber's CEO.

"The Benchmark principals also handed Kalanick a draft resignation letter, and told him he had hours to sign it, or else Benchmark would start a public campaign against him," the court filing said.

Benchmark first backed Uber in 2011 with an investment of $12 million, according to court filings. With 13 percent ownership at the $68 billion valuation that Uber achieved last year, Benchmark's stake would be worth almost $9 billion.

"Resorting to litigation was an extremely difficult step for Benchmark," the firm said in a statement through a spokeswoman. "Failing to act now would mean endorsing behavior that is utterly unacceptable in any company, let alone a company of Uber's size and importance."