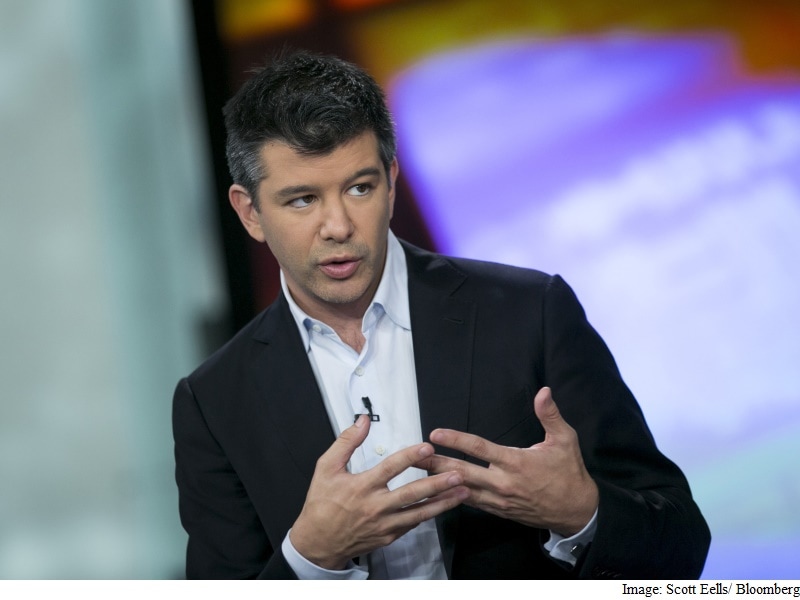 At a meeting open to all Uber Technologies Inc. employees on Tuesday, Travis Kalanick apologised for cultural failings at his company after a former employee alleged she was harassed and discriminated against while working there.

Alongside board member Arianna Huffington and Uber's head of human resources, Kalanick spoke at his ride-hailing company's San Francisco headquarters in a meeting that lasted for more than a hour, according to people who watched the event. Uber's chief executive officer, at times with tears in his eyes, apologised for a lack of diversity in the company's workforce and for not properly responding to employee complaints, while those in attendance lobbed tough, pointed questions, said the people, who asked not to be identified discussing internal matters. After a rough start to the year, employee morale is bleak, one of the people said.

"Travis spoke very honestly about the mistakes he's made-and about how he wants to take the events of the last 48-hours to build a better Uber," Huffington wrote in a company blog post. "Change doesn't usually happen without a catalyst. I hope that by taking the time to understand what's gone wrong and fixing it we can not only make Uber better but also contribute to improvements for women across the industry."

In its almost eight-year history, Uber has been buffeted by near-constant controversy. Kalanick's public statements over the years have helped established the company's combative reputation. But this year has already become one of the startup's most tumultuous periods. Last month, the #deleteuber movement came about after customers accused Uber of breaking a New York taxi drivers' strike and allying itself with President Donald Trump. Kalanick hosted a similar wrenching all-hands meeting amid the #deleteuber controversy. He said he opposed Trump's refugee ban and later stepped down from the president's business advisory council.

Then this past weekend, former software developer Susan Fowler wrote a blog post alleging that she'd been sexually harassed during her year at Uber and that the company's HR department had tried to protect her manager, rather than resolve the situation.

"It was clear that he was trying to get me to have sex with him, and it was so clearly out of line that I immediately took screenshots of these chat messages and reported him to HR," Fowler wrote. She said she was told by senior managers that he was a "high performer" and that they didn't want to punish him for what they considered an "innocent mistake."

In Tuesday's meeting, Kalanick told the gathered crowd that he'd work on improving as a leader. It provided him with a chance to show employees his resolve in righting the ship.

"If the world, and Uber specifically, takes one thing away from this, it should be that this is not an isolated incident," Aimee Lucido, a software engineer at Uber, wrote in a personal blog post. "I think this is disgusting and appalling and horrifying and yet I am not surprised at all. In fact, I'm most surprised at how surprised everyone else seems to be."

Former US Attorney General Eric Holder is working with Uber to lead an investigation into Fowler's allegations. Kalanick wrote in an e-mail to employees Monday that Holder and Tammy Albarran, a partner at the law firm Covington & Burling along with Holder, "will conduct an independent review into the specific issues relating to the work place environment raised by Susan Fowler, as well as diversity and inclusion at Uber more broadly." Liane Hornsey, who joined in January as the company's HR head, will participate in the inquiry, as well as Huffington and Angela Padilla, the associate general counsel.

Uber's public perception is marred by allegations of misogyny and an unwelcoming culture. In a February 2014 GQ profile, Kalanick said people referred to the company as "Boob-er" because it helped him attract women. A few months later, Uber employees in France offered riders a chance to be driven by "sexy girls."

Later that same year, Uber showed that it could track its users locations in "God View." The next month, Uber's general manager in New York City told a reporter that he had been tracking her location on his phone. That same month, Uber executive Emil Michael suggested that the company could hire opposition researchers to look into critical reporters. Both remain at the company, and Michael is one of Kalanick's top lieutenants.

Uber had begun to turn a corner in the intervening years. Uber now has more than 11,000 employees, not including the company's drivers, who are independent contractors-another source of contention. But the events of the last couple months may have begun to erase some of that progress.