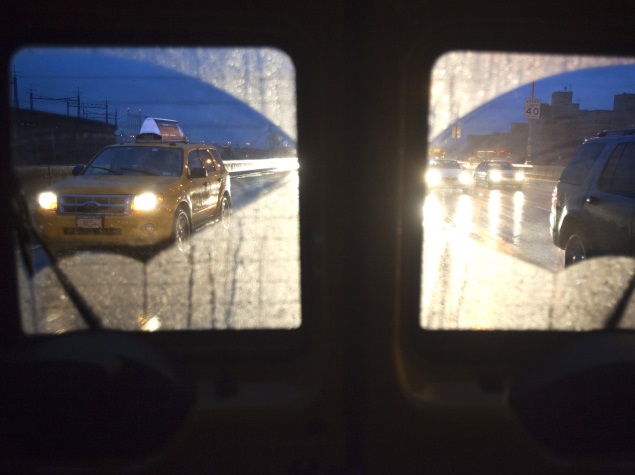 In the eye of a storm over a rape case, global cab-booking firm Uber on Wednesday finally ceased its operations in the national capital complying with a government ban imposed on it Monday.

The move by the US-based firm came even as the Delhi Government and Traffic Police engaged in a blame game with both putting the onus on each other to enforce the ban.

Though Delhi Government had imposed a ban on Uber on Monday with immediate effect, the app-based taxi booking company continued with its services till late Tuesday evening, claiming that it had not received any communication about the action.

Police said Delhi Government's order banning the cab company in the city was hand delivered to its officials last evening after they claimed that the order was yet to reach them.

The Delhi government on Monday had announced banning Uber and other app-based taxi services with immediate effect after the rape of a 27-year-old woman executive allegedly by a cabbie contracted by the US-based Uber.

Delhi Police has already filed an FIR against Uber charging it with cheating its customers and defying government orders.

A number of Uber Executives including its Asia-Pacific head Eric Alexander have been questioned in the last two days.

Alexander, who is based in Hong Kong, was called by Delhi Police to join investigations and he did so yesterday.

Delhi Government's Transport department said it does not have adequate resources to enforce the ban while Traffic Police maintained that those who announced the move must execute it.

"We have asked the Delhi Traffic police to immediately implement the ban on web-based cab services, including Uber, in the national capital," a Transport Department official told PTI when asked how Uber was operating three days after it was banned.