Uber Bows to Philippines Suspension After Show of Defiance 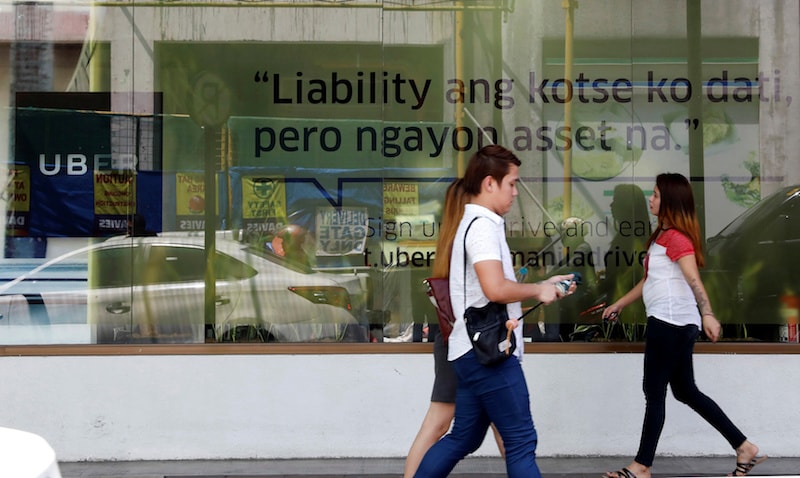 Uber was forced to suspend operations in the Philippines Tuesday, after the ride-sharing giant's efforts to appeal a one-month ban were quashed as it tussles with authorities over driver permits.

The US firm had slammed Monday's decision by transport authorities to impose the sanctions as a "blatant violation" of its rights earlier Tuesday, relaunching its app and announcing a legal challenge.

But by evening it conceded that it would comply with the suspension after the Land Transportation and Franchising Board (LTFRB) announced it had struck down Uber's appeal and vowed to punish drivers caught violating the suspension.

"We are disappointed with the LTFRB's decision," an Uber statement said, adding it hoped to resolve the matter soon.

Transport authorities accuse the firm, which has operated in the Philippines since 2014, of failing to have the proper permits to license its drivers.

The ban has already sparked outrage from commuters who found Uber a welcome alternative to the country's notoriously poor public vehicles.

With most Uber drivers off the roads Tuesday, Manila commuters queued for rides on overcrowded buses and trains, an ordeal that often takes several hours a day.

"It may not be a popular decision (but) we will continue to do what is legal and right," transport authority spokeswoman Aileen Lizada told AFP, adding that it was "a good thing (Uber) are finally listening".

She said two Uber drivers had been apprehended on Tuesday for violating the suspension.

'Cruel and absurd'
Transport authorities require Uber to get permits for its drivers and vehicles, in the same way taxi companies must.

But the firm insists the drivers are independent contractors and are exempt from the rules.

Lizada said that during a recent hearing, Uber officials had acknowledged having 68,000 drivers in the Philippines and handling 150,000 rides a day.

"The decision of the LTFRB to suspend Uber is both cruel and absurd," said Senator Grace Poe, who heads the upper chamber's transport committee.

The dispute is Uber's latest hurdle in Asia, where it also faced a two-month hiatus in Taiwan this year. It has operated illegally in Thailand since 2014, though law enforcement has been patchy, with roughly 1.5 million people downloading the app.

The firm is currently lobbying for a tweak to the decades-old Thai motor law to allow ride-sharing apps.