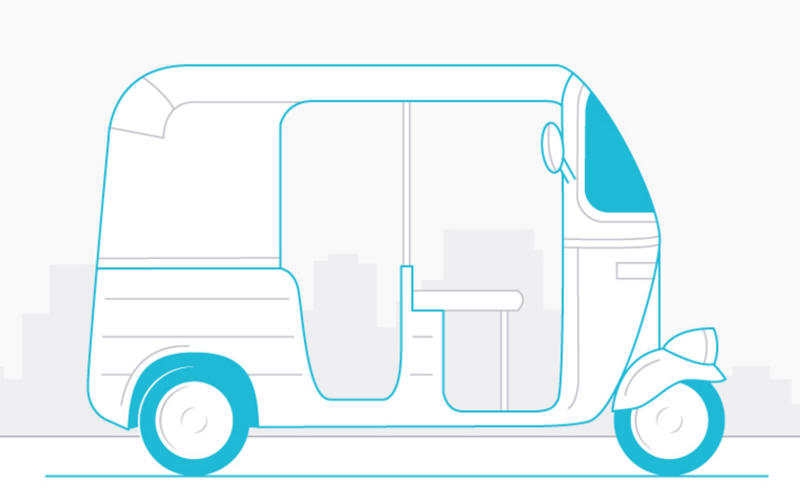 Cab-hailing major Uber is re-launching its AUTO service in India, almost two years after shutting down the offering in March 2016, starting with Bengaluru and Pune.

The US-based company, which is locked in an intense battle with homegrown player Ola, will allow customers to book auto-rickshaw rides through AUTO option on its platform later this month in these two cities.

Ola, which also allows booking auto-rickshaw rides under its Auto service, had launched the offering in Bengaluru and Chennai in 2014. Ola Auto is currently operational across 73 cities with over 1.2 lakh autos associated with the company.

An Uber spokesperson said the company had "paused" the service "to see how that side of India's transport ecosystem evolves".

"Auto rickshaws are ubiquitous to mobility options in many Indian cities. To expand transportation choices for our riders, we are excited to launch AUTO in Bengaluru and Pune," the spokesperson told PTI.

In its previous attempt, Uber's AUTO offering was available in New Delhi, Coimbatore, Indore and Bhubaneshwar.

"We are re-launching AUTO starting with two cities. Gradual geographical expansion like this is common to how we operate in cities around the world and it is something that we are looking at very closely," the spokesperson said.

The spokesperson added that AUTO will include all safety features available for Uber cab rides and riders will be able to pay via cash, Paytm and debit/credit cards.

Uber will only on-board licensed, existing auto-drivers who have been screened and accredited by the authorities and every driver partner on AUTO will be required to submit valid government documents before they are given access to the Uber app, the spokesperson said.

For Uber, India is one of its largest markets where it has seen strong growth. Japanese conglomerate SoftBank, which is also an investor in Ola, has recently committed investing over $1 billion (roughly Rs. 6,300 crores) in the US-based ride-sharing platform.