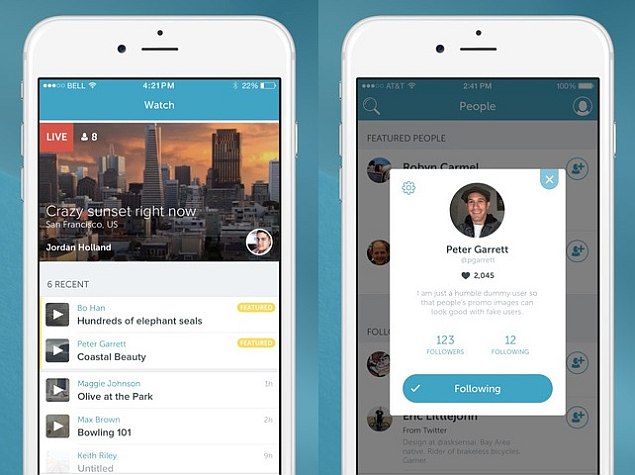 Twitter soon after launching the live video streaming app for iOS last week, has updated Periscope to version 1.0.1 with several changes, including new features and improved controls. The app maker also promised an Android version of the app soon.

The updated Persicope app for iOS now shows broadcasts from the people a user follows right on top for easier viewing. As a part of the update, follower notifications now are switched off by default. "We switched the default setting off for follower notifications and know we need to make the overall controls here more granular. We're on it," said the blog post.

Users can also choose not to share their location before broadcasting their feed. In case users disclose their location, Periscope then gives a less precise location of the users in a zoomed-out map view. The firm has also introduced a new section called 'Featured' to highlight what it is calling "unique content." The updated app is available to download from the App Store.

Periscope is Twitter's attempt to get in on the live video streaming craze that was started by Meerkat. The basic premise of the app is that you use your phone's camera to start broadcasting videos live. It then shows the number of people watching the video, with a neat little rising heart animation accompanying every new person who joins.

You can also tap the heart icon to show your appreciation for a broadcast. You can send as many hearts as you like and these help videos make it to the 'Most Loved' section. Periscope also lets you leave comments on the live stream, making it like a live broadcast on YouTube that has a stream of comments alongside.