Twitter’s redesign is an attempt to make them more useful and easier to notice, among other things. 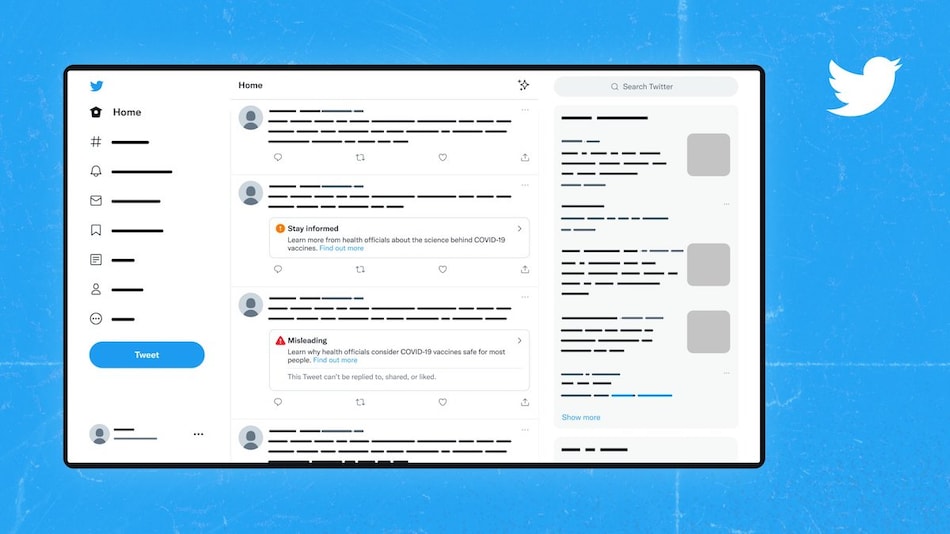 The labels, which the company has been testing since July, are an update from those Twitter used for election misinformation before and after the 2020 presidential contest. Those labels drew criticism for not doing enough to keep people from spreading obvious falsehoods.

Redesigned labels for potentially misleading Tweets are now rolling out to more of you.

In our test, more people clicked into the new labels and fewer people Retweeted or liked potentially misleading Tweets with these labels. We'll continue to improve our label design. https://t.co/MKYKtHJOFA pic.twitter.com/LimMdwbtuF

The redesign launching worldwide on Tuesday is an attempt to make them more useful and easier to notice, among other things.

Experts say such labels, used by Facebook as well, can be helpful to users. But they can also allow social media platforms to sidestep the more difficult work of content moderation — that is, deciding whether or not to remove posts, photos and videos that spread conspiracies and falsehoods.

Twitter only labels three types of misinformation: “manipulated media,” such as videos and audio that have been deceptively altered in ways that could cause real-world harm; election and voting-related misinformation, and false or misleading tweets related to COVID-19.

The new designs added orange and red to the labels so they stand out more than the old version, which was blue and blended in with Twitter's colour scheme. While this can help, Twitter said its tests showed that if a label is too eye-catching, it leads to more people to retweet and reply to the original tweet.

Misleading tweets that got the redesigned label — with an orange icon and the words “stay informed" were also less likely to be retweeted or liked than those with the original labels.

Tweets with more serious misinformation — for instance, a tweet claiming that vaccines cause autism — will get a stronger label, with the word “misleading” and a red exclamation point. It won't be possible to reply to, like or retweet these messages.