Twitter Spaces Gets Wider Testing to Take on Clubhouse

Twitter has expanded the beta testing of Spaces to 3,000 more people in addition to the initial around 1,000 testers.

Twitter has started wider testing of Spaces, its Clubhouse-styled feature that brings audio chat rooms to users. The feature, which is powered by Periscope, was first announced in November and was initially rolled out for limited beta testing in December. The wider testing of Twitter Spaces comes amid the growing popularity of Clubhouse, the voice-based social network, that added a list of renowned faces among the tech industry. The invite-only app, however, was recently banned in China over censorship. It has also been criticised for lack of content moderation.

Clubhouse is available for access only for the people who have its invite, while Twitter's beta testing of Spaces has just been expanded to 3,000 more people in addition to the initial round of approximately 1,000 testers. All these beta testers will initially get access to the feature to create private or public rooms. Any Twitter user following them will be able to listen in to the Spaces rooms created by the beta testers.

Twitter Product Lead Kayvon Beykpour hosted a Spaces chat room on Tuesday to announce the wider testing of the feature, as tweeted by Tom Warren of The Verge. He mentioned that the rollout is ramping up in coming weeks.

Some Twitter employees also started creating new Spaces. The feature is, however, yet to be available to the masses. Gadgets 360 has reached out to Twitter for clarity on the testing and were given this statement by a spokesperson in response, "Twitter is what's happening and what people are talking about right now; it's where conversations about what you care about live. Because sometimes 280 characters isn't enough to express yourself, Spaces is a new way to bring these conversations to life. With Spaces, people have a new, accessible option to join in the conversations about their interests already happening on Twitter." 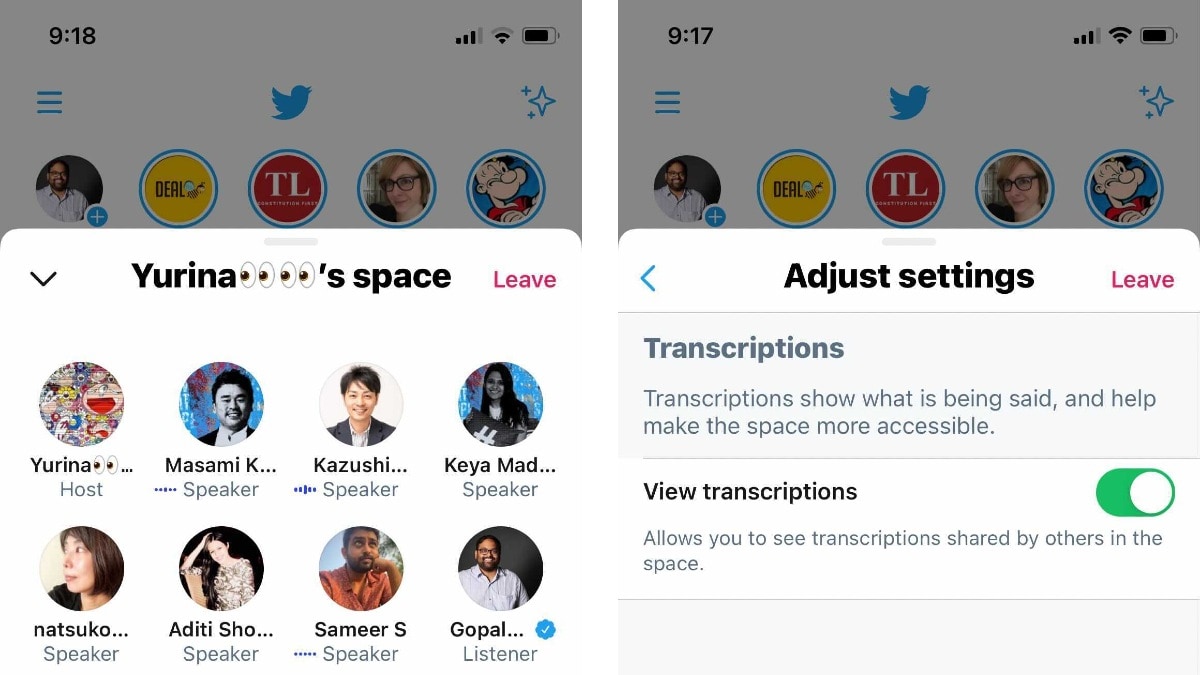 As announced initially, Twitter Spaces is currently limited to iOS. This means that you need to have Twitter for iOS to listen to or create a Space. However in late January, the official Spaces account posted a tweet showing that it is working on the feature for Android too. The microblogging network in January announced the acquisition of podcasting platform Breaker that is helping build its Spaces features for audio conversations.

Twitter has brought Spaces at a time when Clubhouse is getting popular for its audio-only chat rooms. Clubhouse has been popular in the US among the tech industry for some time now, but it is far from having mainstream appeal. Nevertheless, the app is now picking up in markets including India as leading tech CEOs including Paytm's Vijay Shekhar Sharma have joined in. Its main draw is, however, still getting to hear Silicon Valley investors such as Marc Andreessen, and surprise pop-ins from Elon Musk and Mark Zuckerberg.

However, Clubhouse was recently banned in China as it briefly side-stepped the country's censorship that appealed to several Chinese users.