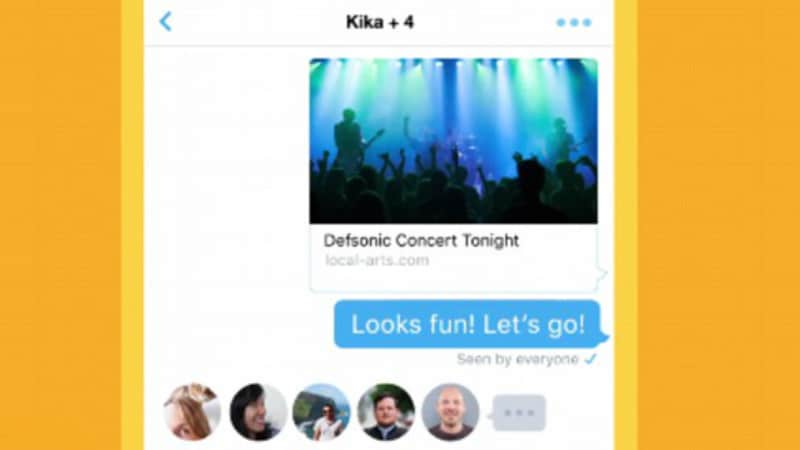 After introducing the Night Mode feature on iOS and Android, the social giant is now taking efforts to put focus back on its Direct Messaging (DM) feature.

Twitter has been trying to position direct messages as a chat app and many changes have been introduced recently in a bid to encourage more conversations. The most notable among these changes was the removal of the 140-character limit in DMs last year enabling users to exchanges lengthy missives. And now, the introduction of read receipts, typing indicators, and web link previews to direct messages is another most definite sign of Twitter intentions for its direct messages feature.

Read receipts bring the ability to see if the user has read the private message or not, or whether it has been delivered or not. This works similar to what is seen on WhatsApp and Facebook Messenger. Users who consider this as a breach of privacy can disable it from the Settings menu. However, you will then not be able to see whether your message has been delivered or not either.

This new feature hasn't been rolled out on the Web, but it is available for Android and iOS users. Additionally, Twitter DM also gets Web link previews. This means that every time you send a link via DM, a small preview will also be sent alongside. Lastly, Twitter has also introduced the typing indicator feature which show three dots next to the username when they are typing a reply in real-time. While Direct Messaging isn't the first choice of communication for many users, these additions are still noteworthy for the platform. All of these features don't require an update, and are accessible to all users currently.

As mentioned, Twitter has slowly but steadily been updating the DM to make it more user friendly for its avid users. It gradually allowed people to add emojis and even gif images. In April, it even added a button that let people easily share 'tweets' in direct messages.

Most of these features can be found on most chat apps out there, and Twitter appears to be playing catch up for now. These latest updates to direct messages are welcome changes to the otherwise mundane feature, and Twitter's continued efforts could possibly bear fruit for them sometime in the future.