Twitter will be rolling out all the new features to iOS and only some of them will make their way to Android, for now. 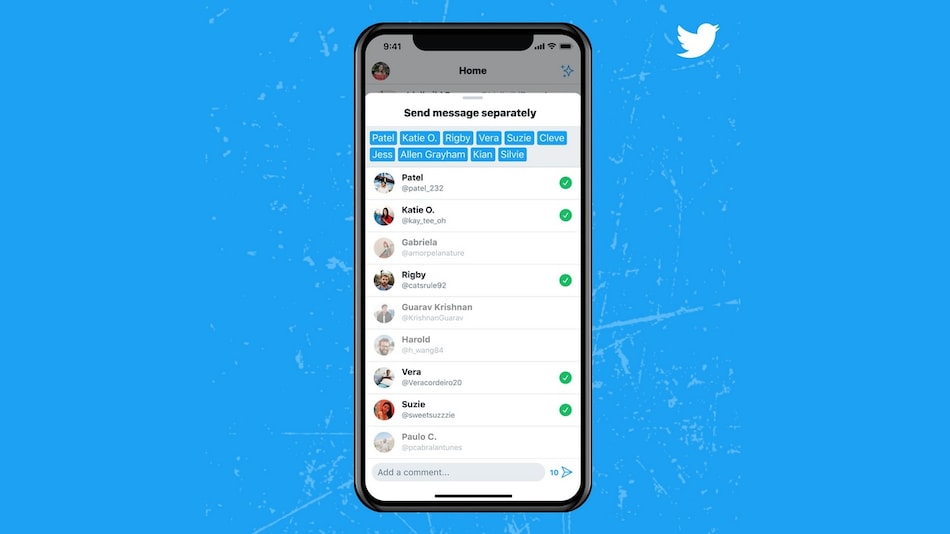 Twitter will roll out improvements over the coming few weeks

Twitter has announced several changes to direct message (DM) coming in the next few weeks. The microblogging platform shared the development through its official account, announcing that users can now DM a tweet or message to 20 separate conversations. Some of the other changes and improvements include a quick-scroll button, a new action to ‘Add reaction,' and message grouping. All of these features have started rolling out on iOS and some of them will reach Android users soon.

Until now, if you wanted to share a direct message to multiple users on Twitter, the only way was to make a group and send the message on that group which leads to everyone being able to see everyone else's replies. Twitter users can now select up to 20 contacts separately and send the same DM as individual chats. This feature is rolling out to iOS and Web with Android support coming soon. Twitter shared the development through a series of tweets.

There are more improvements coming to DMs and both Android and iOS users will start to see a quick-scroll button that will take you straight to the latest message, helping you scroll through your messages better. Alongside the double-tap to react gesture, Twitter has also added a long press action that will bring up a menu that has ‘Add reaction' option. This will bring up a reaction picker so you can browse through the different reactions for that particular message. This feature is rolling out to iOS only, for now.

Lastly, Twitter also shared it will reduce timestamp clutter by grouping messages by date, making it easier to navigate a conversation. This feature is also rolling out to iOS only, for now.

Not all iOS and Android users will see these changes right away as they have only started to roll out now. They will start appearing in the coming few weeks.

What Are Cryptocurrencies? Making Sense of Bitcoin, Dogecoin, Ether, and the Rest