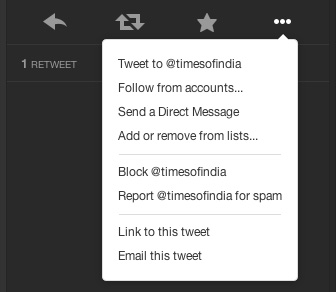 All columns are now arranged in one continuous horizontal row, which was earlier present only in the web version of TweetDeck. Users can now jump to different columns with the help of a drop down Columns tab. They can also be rearranged with the help of a drag-and-drop option.

The bottom now houses a scroll bar to browse easily through columns. Touchpad support is now included for users to scroll horizontally.

The new version is currently available at tweetdeck.com for Windows and Chrome users. The updated version of the app will head to the App Store soon.

Here's a video from Twitter explaining the newly introduced features.