Leading communication app Truecaller on Tuesday announced the addition of a new spam-filtering feature in its iOS app that will filter out SMS and MMS spam from iMessage and send them to a junk tab. The new feature is part of the app's update for iOS 11.

The feature works similar to junk email, which is filtered into a designated spam folder. Now, users would no longer have to waste time deleting unwanted messages manually from the device.

"We're always looking for ways to increase safety while communicating," said Rishit Jhunjhunwala, VP of Product, Truecaller, "Now, iPhone users will have a powerful tool to automatically filter junk and spam SMS, which has been highly requested by our users."

Truecaller claims that it blocks more than 100 million spam SMS and text messages each week globally. 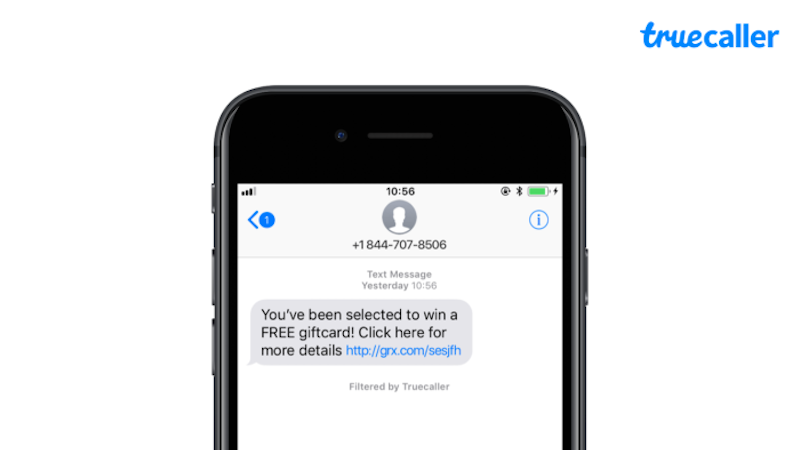 On a weekly basis, approximately 82 million spam texts or SMS are received by Indian users, out of which 24 million are automatically blocked, the company said.

Earlier this month, Truecaller for Android received Number Scanner and Fast Track Number features. Number Scanner will let you scan numbers from billboards, business cards, and pretty much anything else by simply using your phone's camera. Fast Track Numbers integrates curated toll-free numbers across various categories like Airlines, Banks, Emergency Services, Hotels, and more into the Truecaller app and makes them accessible via the search bar.