Truecaller’s Spam Activity Indicator feature appears to be a staged rollout as not all devices have received it yet. 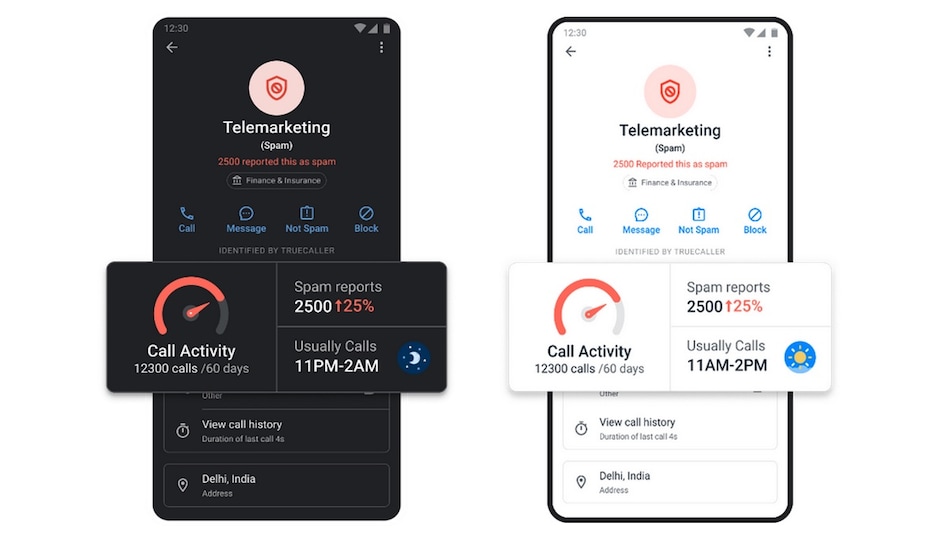 Truecaller is available for free on Android

Truecaller has rolled out a new feature called Spam Activity Indicator for Android users. It offers detailed statistics on a spammer when tapping on the caller's profile in the Truecaller app. While the free number search and spammer statistics are also available on the official website, the mobile app gets three new bits of information including Spam Reports, Call Activity, and Peak Calling Hours in its latest update. Spam Activity Indicator is designed to build on Truecaller's core proposition of delivering a safer and more efficient communication method.

The Spam Activity Indicator aims to allow Truecaller's Android users to make an informed decision, before picking up their phone. With the update, the app shows three main trends — Spam Reports, Call Activity, and Peak Calling Hours. Spam Reports shows how many times a specific number has been marked as spam by Truecaller users. If this number has been increasing or decreasing, the Spam Reports section shows a percentage.

Call Activity shows the number of calls a suspected caller has made recently, giving the user an idea of whether to trust the caller or not. The Peak Calling Hours feature, as the name suggests, shows when the spam caller is most active.

Truecaller says while these stats are currently available in the app after tapping on the spammer's profile image, a future update will allow these statistics to appear in the Caller ID so that users can make a more informed decision. This functionality will enable users to get all the information about a suspected spam caller right on the call screen, allowing them to reject or ignore the call.

The Spam Activity Indicator feature is live on the Truecaller app on Android, however, it appears to be a staged rollout as not all devices we checked had this feature.

iPhone 12 to Be Made in India Starting Middle of 2021: Report