Truecaller, the company that is popular for its caller ID and spam blocking solutions on mobile devices, is now aiming to counter the likes of Google Pay and Paytm by offering a seamless bus ticketing experience. The Stockholm, Sweden-based company has partnered with RedBus to enable bus ticket booking within the Truecaller app. The experience is debuting for all Android users in India. Users will also be able to purchase tickets -- without leaving the Truecaller app -- directly via Truecaller Pay.

Unlike any previous bus ticket booking experiences through RedBus access on mobile apps, Truecaller claims that it has opted for the "first-of-its-kind full stack integration" where it intrinsically manages the user's login credentials. It also enables one-stop payments for the tickets booked using the Truecaller app through Truecaller Pay, a UPI-based feature that already offers money transfer, utility bill payments, and recharges through the Truecaller app for Android and iPhone devices.

"We believe that this partnership gives us more strength since we're able to bring absolutely new users into the segment," Truecaller's Vice President and Head of Payments Sony Joy told Gadgets 360 in a telephonic conversation.

Joy explained that the bus ticket booking experience that was previously available on the RedBus app has been "recreated" for the Truecaller app. 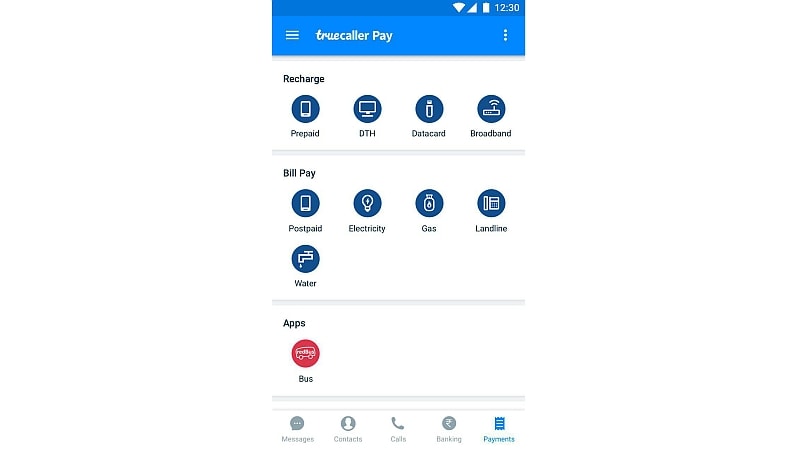 Once accessed, the RedBus mini app within the Truecaller app will allow users to easily search for a bus by entering their current location, destination, and journey date. An option to filter results specifically for AC or non-AC buses will also be available. Similarly, the search results will be accompanied by the fare and arrival time of the buses.

Users will also get the ability to select their desired seat location and look for the available number of seats on a particular bus. Furthermore, the mini app will let users directly make the payment for their bus ticket using the Truecaller Pay. 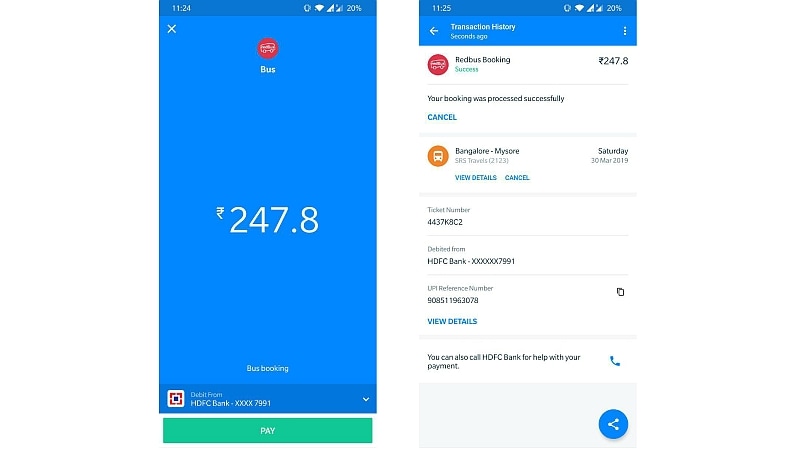 Notably, users will be able to search, compare, and check out their bookings using their Truecaller login credentials. This means they won't be asked to enter any additional login information to book their bus tickets.

RedBus, which currently has around 19 million users in India, sees the integration as a way to expand its user base.

"The intent is to get into the next tier of users and see how we can offer the experience of bus booking through all channels, all avenues where customers are present," said Anoop Menon, CTO, RedBus, in the joint telecon with Gadgets 360. "It gives us an opportunity to let us offer our booking experience to a lot more users in a much more seamless fraction."

Menon adds that since RedBus is presently focusing on transforming offline customers to make online transactions, the new partnership would also help those customers migrate to start doing transactions online. It is noteworthy that as per an official estimation, about 60-65 percent of RedBus customers buy bus tickets offline -- through sources including agents.

"It becomes a win-win for both of us where from the RedBus prospective, we're looking at acquiring new customers, and I'm sure, Truecaller is trying to leverage its massive user base to enhance its payment offerings," Menon added.

To enable the experience on the Truecaller app in line with what is available on the RedBus app, the team at RedBus has built an SDK. Menon underlined that the SDK has been made as small as possible -- nearly 200KB along with all the UI elements that are featured on the RedBus app.

"If you look at the Google Pay integration, it takes the customer to the RedBus mobile website," the executive stated. "It's a disconnected flow where the customers have to search, do their stuff on the RedBus mobile website, and on the payments page, there is an option to come back to Google [Pay] to pay. If a customer is coming in from Google Pay, that's just kind of highlighted on the top, but the customers still have an option to use another payment option to pay."

"The integration which we have done with Truecaller is [a] much-much more immersive experience in comparison with what we've done with Google Pay, which is redirection and a fragmented experience for the customer," Menon claimed. 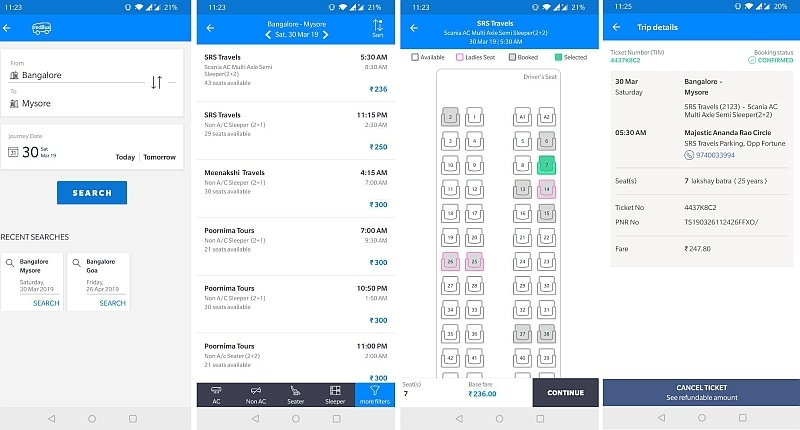 Truecaller users will be able to search, compare, and check out their bus ticket bookings seamlessly

At the initial stage, the integration is limited to bus bookings on the Truecaller app. Menon, however, told Gadgets 360 that there is a room for its expansion towards red:Hotels as well in the future. The company launched its red:Hotels model last year to offer certified hotels in addition to its bus booking service.

Truecaller has opted for Android to begin with the new experience since a large part of its over 150 million users in India uses Android devices. Joy of Truecaller suggests that a similar development could also arrive for iPhone users, though. "We are definitely considering that [iPhone support] and something like that will be picked up -- we need more support from the RedBus team also to do that. But most likely it would be a bit later," he said.

This isn't the first time when Truecaller and RedBus have tied up. Back in February 2016, Truecaller brought its TrueSDK to enable third-party app users to sign up using their Truecaller profile that was leveraged by RedBus alongside 11 primary partners.

Open to expand towards other categories
Having said that, Truecaller isn't set to make the concept of mini apps on its app limited to the RedBus integration. It does have plans to expand the model to other categories as well -- certainly, beyond bus booking.

"I can be very particular that what we started off with is bus booking and one of the first use cases," divulged Joy. "But we definitely are actively considering few other options as well."

The ultimate aim behind the new move is indeed to go beyond being a solution for caller identification and spam blocking, which both made Truecaller renowned in the mobile app market. Moreover, it would make the competition tougher for apps such as Google Pay and Paytm that are offering similar transaction-based services to Indian users.