Truecaller says it has over 195 million monthly active users in India. 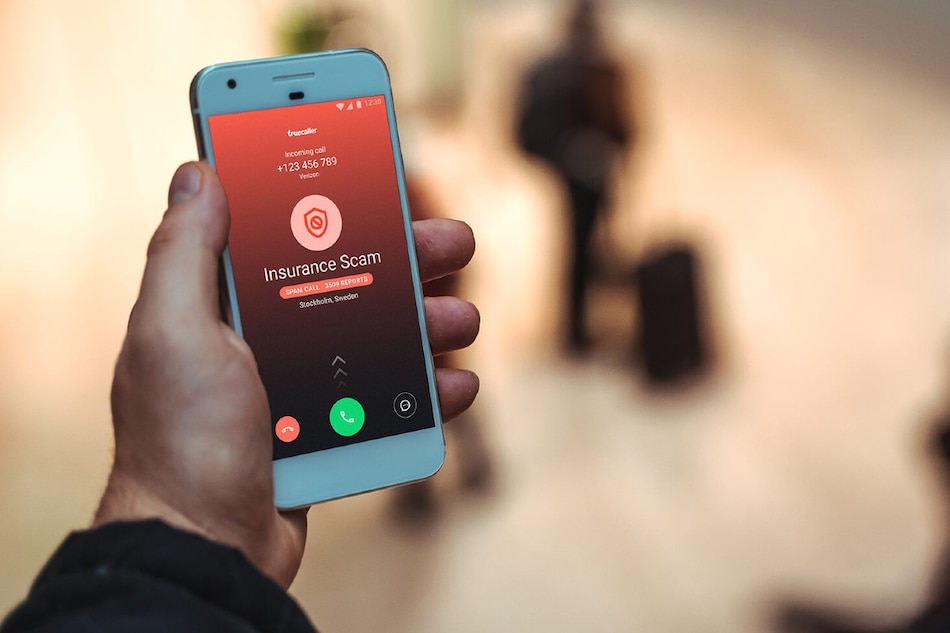 Truecaller CEO Alan Mamedi says that the app has crossed new milestones, and neared 200 million users in India alone. The caller ID app that is popular for identifying spam calls — alongside providing messaging and payments features — grew its global user base 25 percent to 267 million active users at the end of 2020 from 213 million active users at the end of the year. Of its total user base, Truecaller has over 73 percent in India. The India growth has also significantly helped the company expand its revenues and become profitable in the year that impacted lives due to the pandemic.

The Stockholm, Sweden-headquartered company grew in the country to over 195 million monthly active users from 185 million users in October.

One of the reasons for the growth of Truecaller in India was the growing adoption of smartphones as people were staying indoors during the nationwide lockdown and studying and staying remotely. However, Mamedi pointed out that the other prime reason behind the success was the work the company did during the year.

“I believe that the trust towards the brand, the company, and the values that we stand for has increased due to many activities that we have done as a team,” he said.

In 2020, Truecaller introduced offerings including Smart SMS, full-screen caller ID, Spam Activity Indicator, and a ‘Call Reason' feature to inform users on why someone is calling. The company also kicked off a women safety campaign to help women smartphone users avoid unwelcome calls from stalkers, spammers, and harassers.

Truecaller brought 'Call Reason' to let users see the reason for getting calls from someone
Photo Credit: Truecaller

All these developments played an important role in making Truecaller bigger in India. It also became the one of the top three apps with most monthly active users in the country, according to App Annie.

The growth of Indian users also brought some new paid subscribers to the app that offers Premium and Gold as the two subscription models.

Truecaller currently has about 1.5 million paid subscribers globally, of which about 60 percent are from India.

Mamedi told Gadgets 360 that a large number of people wanted to pay to support the company to keep running its service. The additional utility that Truecaller is adding to its premium functionality is also the reason for the growth of paid users, the executive underlined.

“The other reason is because the market — and this is not India specific — this is I would say a global thing,” he said. “The users are getting more and more used to paying for a service than five years ago.”

But nonetheless, a large chunk of revenues at Truecaller comes from advertisements.

In March 2017, Truecaller introduced its UPI-based payments service. The company added features including request money for its users shortly after the launch to make its service competitive. It already has more than 20 million users who are making payments through the app.

But Truecaller doesn't want to take on Google Pay, Paytm, or WhatsApp Pay, Mamedi said. Payments are aimed to work complementary to its existing communication model.

“Our objective is how do we build the best communication experience, where we add services on top of that,” Mamedi said.

Truecaller is now also focusing on building partnerships with other payment providers to give convenience to its users.

“Not only did we build our own payment infrastructure, but we've also partnered up with all the different payment providers like Paytm, PhonePe, so that we support them as well,” stated Mamedi.

Big enough community to overcome the competition
Last year, Google introduced Verified Calls to offer Android users a native caller ID feature. Apple was also spotted developing something similar for iPhones. The moves by Google and Apple appeared to make things difficult for Truecaller as it is mainly used for identifying spam calls by its users. Mamedi, however, doesn't see it that way.

“We're happy to see other companies seeing the opportunity and the problem that we solve,” he said. “I believe that they can solve certain things in the calling space when it comes to verified calls to a certain degree. But in a market like India is a bit more complex, it's not like one bank has one phone number that they call from.”

The extensive community that helps verify a huge amount of data for Truecaller is also something that's now opening avenue for its initial public offering (IPO) later this year. The company on Thursday appointed Odd Bolin as its new Chief Financial Officer, who will manage its financial management and operations to reach the IPO stage.

Mamedi told Gadgets 360 that by becoming a public company, Truecaller would be able to do more acquisitions in the future and expand its business. It already acquired two companies in India, including Kerala-based fintech startup Chillr.

“We've always believed that Truecaller should be an independent company,” he said. “We should always stand on our own legs. We should not be dependent on someone else. So going public is for us a way to tell the market that we're here to stay as a private and independent company.”

Apart from its IPO, Truecaller sees 2021 as the year to improve its existing features including the recently launched ‘Call Reason' through which businesses are able to tell the reason for calling to their customers. The company is also planning to enhance the messaging side of its app.

“On the messaging side with Smart SMS and these kinds of things, that's something that we're definitely focusing on – and bringing our expertise into making the messaging experience even better,” Mamedi said.