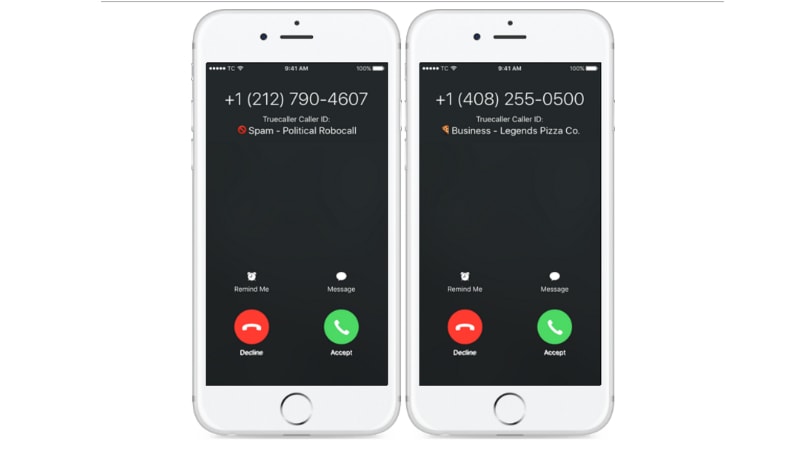 Apple announced that iOS 10 will be available from September 13, and it will bring along many new features like new notifications, a revamped Control Center, and an improved Photos app. The new software is also bringing sweet goodies for software engineers with the opening up of Siri and iMessages, giving rise to hoards of opportunities for developers. There is also another lesser-known but very important addition called the CallKit Extension. This extension is being opened to third-party developers to give their apps more access to its call management system, and Apple has introduced this in a bid to fight spam calling. And as expected, caller ID firm Truecaller has jumped in on this extra access to introduce most of the features that have been missing on its iOS app so far.

Truecaller has announced that the iPhone app will now automatically detect spam calls more efficiently. Because of iOS restrictions earlier, Truecaller was limited to provide only few features to its iPhone app users - the biggest missing features were live caller ID and real-time spam protection. However, with CallKit Extension, Truecaller can now give iPhone users the latter feature, helping them deal with less unsolicited calls. Live caller ID is still not available.

"Working closely with Apple over the past few months, we're proud to bring a call solution to your iPhone to provide safe and authentic communication. In our early testing, we've seen spam detection rates on iPhone increase by more than 50 percent in some markets, reaching upwards of 90 percent of all spam calls made to our users. We fully expect these rates to continue improving for the benefit of our users," Tom Hsieh, VP of partnerships and growth at Truecaller, said in a statement.

Additionally, the Truecaller iPhone app is set to get a new 'My Block List' feature, which will allow them to block and manage calls they want to receive. This update is expected to arrive soon, and will work only with devices running on iOS 10. iPhone users will have to also manually enable Call Blocking and Identification in the Settings app. Head to Settings > Phone > Call Blocking and Identification to turn on the feature.

In May, Truecaller updated its app to bring Live Caller ID to iOS, but with partial functionality. It only allowed you to see the information about the caller only if he/she is also using Truecaller. On Android, the app presents you caller information regardless.

Two months earlier, Truecaller did add a built-in dialler within the iOS app so that you could place a call without leaving the app. A new feature called Smart Call History was also introduced that replaced all unknown numbers with names and photos. Lastly, a new Availability feature was enabled to allow users to check if the person you are calling is available to talk or not.

Editor's note: An earlier version of the article incorrectly stated Truecaller for iPhone now does live caller ID for all calls. The error is regretted.