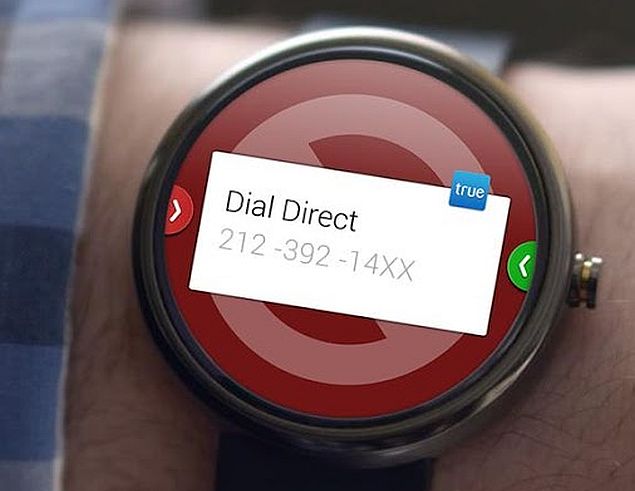 Not all the details of the app are known, and the company says the Truecaller app for Android Wear will be available soon on Google Play. The app, once installed on the Android Wear device, will sync with the updated Truecaller app (v4.24, updated on July 4) available on the paired handset.

"With Truecaller for Android Wear, users will be able to tell right away if the person calling you is a acquaintance, business or scammer, all with a simple glance at your wrist," stated Truecaller CEO and Co-Founder Alan Mamedi. "Now, whether you're driving in your car, or on a treadmill at the gym, you can easily check who's calling and dismiss calls without ever breaking a stride or having to pull your phone from your pocket. At Truecaller, we're committed to pushing our innovation to as many different users and platforms as possible. We're proud to be one of the first apps to launch on the new line of Android wearables that will help our users improve their lives and the value they get from interacting with their favorite platforms and devices."

In April, Truecaller announced a partnership with Tata Docomo, the first with any Indian telecom operator. The partnership lets Tata Docomo customers access the Truecaller service without having to pay mobile Internet charges.