Amid TikTok Ban, Zee5 Announces HiPi as Its Short-Video Platform

Zee5 app will offer access to the HiPi platform upon its launch that is set to take place before July 15. 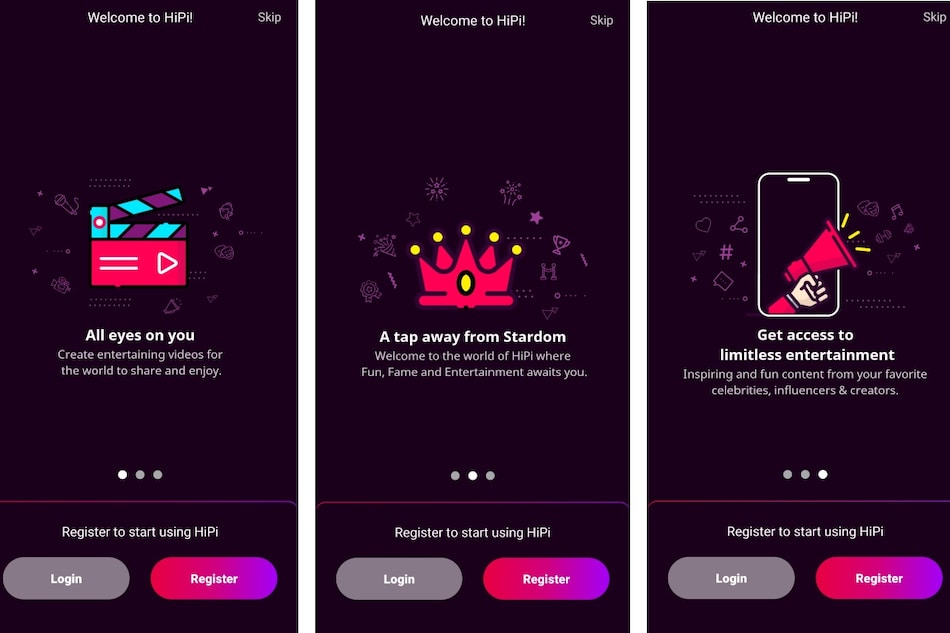 Zee5 is debuting HiPi as the latest entrant in the growing world of short-video platforms to fill the gap left by TikTok after it was banned by the government. The new platform, which is touted to be “made for an Atmanirbhar Bharat” (self-reliant India), is aimed at content creators in India. The announcement of the HiPi platform comes amid the ban on China's TikTok that the government made public on Monday, along with 58 other apps from Chinese companies. The TikTok ban has created space for Indian companies and developers to bring new short-video sharing offerings.

The Zee5 app will offer access to the HiPi platform upon its launch that is set to take place before July 15. “The name HiPi comes from the vision of a youthful and carefree planet where everyone can express themselves with freedom and confidence,” the company said in a press note.

Details of the new app have not been shared. However, screenshots shared officially show that the new platform will require a registration to let users view and share their videos. This suggests that the experience would be a bit different from the Chinese platform as it allowed users to watch uploaded content and search for new videos without any prior registration or sign in.

The timing of the HiPi debut is interesting as TikTok is inaccessible in India at the present stage due to the ban imposed by the government earlier this week. Having said that, HiPi won't be the only Indian solution against TikTok. We already have Bolo Indya, Chingari, Mitron, and Roposo as some of the homegrown competitors against the app that had over 20 crore Indian users.

Owned by Zee Entertainment Enterprises, Zee5 is already touted to have over 1.25 lakh hours of on-demand content — along with over 100 live TV channels. The app was up until now competing against over-the-top platforms such as Amazon Prime Video, Netflix, and SonyLIV. However, the move of enabling video sharing and allowing individuals to start creating content would bring it in the race that already has big players including Facebook, Instagram, and YouTube.

In the recent past, Zee5 offered its free access to customers of Jio Fiber, Airtel, and Vodafone Idea. The app also recently added over 4,000 free hours of kids-focussed content through Zee5 Kids in nine languages, namely English, Hindi, Marathi, Tamil, Kannada, Telugu, Bengali, Malayalam, and Bhojpuri. Furthermore, it saw a significant increase in interest in the country during the early period of the coronavirus lockdown.