TikTok said that Feroza Aziz's account was not suspended because of her criticism of China. 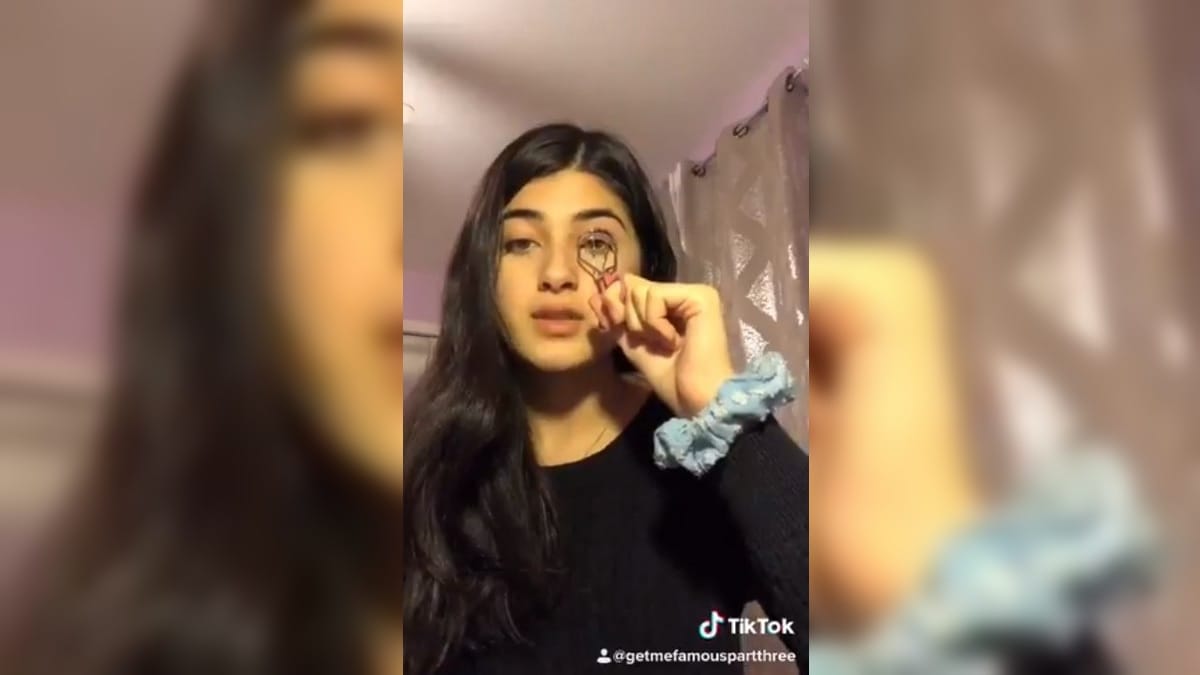 Feroza Aziz started her TikTok video like a typical makeup tutorial, telling viewers she would show them how to get long eyelashes. Then the 17-year-old stopped abruptly, calling instead on viewers to start researching the harrowing conditions facing Muslims in China's detention camps.

The surprising bit of modern satire quickly went viral on TikTok, the short-video app and global phenomenon owned by a Beijing-based tech firm. But in the hours afterward, Aziz's TikTok profile was suspended. By Tuesday, she told The Washington Post, she remained unable to access her account.

The videos, and Aziz's suspension, have quickly touched off a public debate about one of the world's fastest-growing social apps, including over its approach to political issues and its support of free speech in countries outside China, where its parent company ByteDance is headquartered.

The episode has highlighted a signature challenge facing TikTok: Famous for its lighthearted memes and singalong videos, the app increasingly finds itself facing scrutiny due to its close ties to a Chinese conglomerate that must adhere to the country's strict censorship rules.

TikTok has said it makes decisions about the content it surfaces and suppresses for US users independent from the Chinese government. But its past practices and limited transparency have fueled deep skepticism among lawmakers, tech experts and some of its users.

Here is a trick to getting longer lashes! #tiktok #muslim #muslimmemes #islam pic.twitter.com/r0JR0HrXbm

The popularity of Aziz's videos shows how TikTok has increasingly become a new home for discussion of politics and current events among young viewers on the Web. But the suspension has fueled concerns over how TikTok will respond to a growing level of acrimonious debate and discussion of issues critical of the Chinese government.

TikTok has said its audience prefers to use the video app for entertainment, not political debates, and that its executives have pushed to preserve the app as a refuge for positivity online. To abide by that mandate, former employees told The Post they were instructed to follow guidelines set by Chinese moderators and remove social or political content that would have been easily accepted elsewhere around the Web.

TikTok representatives said Tuesday that Aziz's account was not suspended because of her criticism of China and that the company "does not moderate content due to political sensitivities." Instead, they said she had broken the rules by registering a new account: A previous account of hers had been banned, they said, because she had posted a video referencing Osama bin Laden that had violated rules about promoting terrorist content.

Aziz, who said she is a high school junior in New Jersey, told The Post she never got any explanation about TikTok's penalties on her account. The video TikTok referred to, she said, was an obvious bit of dark humor, and involved her singing in front of a series of a men that she suggested were attractive. A copy she shared with The Post shows bin Laden's face appearing, for less than a second, as the surprise punchline.

"As Muslims, we're ridiculed every day, so that was me making a joke to cope with the racism we face on a daily basis," she said. "I've been told to go marry a terrorist, go marry bin Laden, so I thought: 'Let me make a joke about this. We shouldn't let these things get to us.'"

She said she found it "scary" that she was blocked for making what seemed to her like a harmless joke. And she said she felt it was "very suspicious" that her account was suspended only after she posted viral videos criticizing the home country of TikTok's parent company.

Eric Han, the head of TikTok's US Trust and Safety team, said in a statement to The Post that Aziz's account was banned after the bin Laden post earlier this month. The app's community guidelines, he said, strictly prohibit any videos that "promote and support" terrorist organizations.

Aziz's lash-curling videos, which reference the camps in China's Xinjiang region, can still be viewed on TikTok, where they have attracted more than 500,000 views. "TikTok does not moderate content due to political sensitivities and did not do so in this case," Han said. Reviews of video for moderation can be triggered by several factors, Han said, including if a video passes certain "virality benchmarks."

Aziz said late Tuesday she could not access the account, and that TikTok has provided her no information about whether she can use the service again. When TikTok users have videos removed for violating guidelines, Han said, they are not told the specific reason but can appeal the removal. "Her previous account was banned, so we wouldn't have had communication with her on that account," he added.

Aziz's other videos on TikTok resemble many of the unrestrained, boundary-pushing parodies that often go viral on the Web. In other videos, she jokes about marrying her cousin, living with a strict Muslim mother, and being profiled online as a terrorist. In one video criticisng TikTok as "racist," she said she posts "relatable Muslim content, things that Muslims can laugh at."

Kate Klonick, an assistant professor at St John's University School of Law who studies social media and free speech, said the incident illustrate the dangers when tech giants aren't transparent about their practices - and aren't regulated to be more forthcoming.

"It's completely at the whim of these giant tech companies [as to] what they decide to tell us, and we have no way to fact check their account of things," she said. "There's no outside mechanism of enforcement."

In doing so, though, Klonick said the struggle for an app such as TikTok is striking the right balance in what she described as the "paradox of content moderation."

"We want to be protected from certain kinds of content . . . like terrorists using Osama bin Laden's face to propagandize radical Islam," she said. "But at the same time it's critical to have access to that kind of bad content in order to critique it, or make fun of it, or tear it down, or use it to build culture."

TikTok's practices and its Chinese origins have raised alarms in Washington, where lawmakers and regulators fear Beijing's heavy digital hand might affect Americans' speech online and leave their personal data at risk.

TikTok, which traces its origins to ByteDance's purchase of the karaoke app Musical.ly in 2017, also faces an investigation by an arm of the US government that reviews such mergers for potential national security concerns.

Federal lawmakers had encouraged such a probe, and they've asked US intelligence officials to open an additional investigation to determine if the Chinese government might be able to force TikTok to turn over American users' data. TikTok has said that it stores such information in Virginia and Singapore.

Aziz said she used the makeup routine as a way to get the attention of viewers who might otherwise ignore the news. But she said she worries about how TikTok's rules could influence the kinds of information young viewers see online.

The suspension, she said, is "just another reason for me to speak louder."