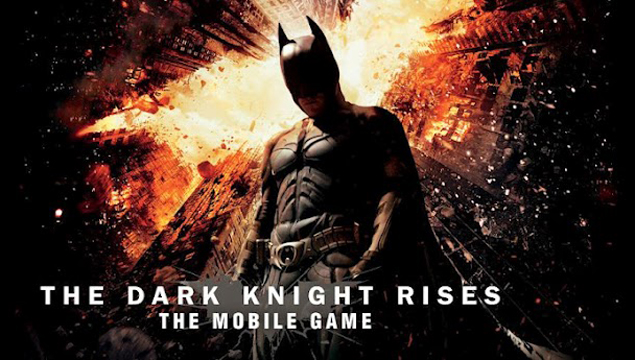 The game also includes popular characters from the movie including Catwoman, Lucius Fox and Commissioner Gordon.

Gamers can also explore hidden items within the city to unlock upgrades and new fighting skills for the Dark Knight. What's even cooler is gamers can play vigilante missions by driving the Bat-Pod or pilot The Bat to explore Gotham city.

Users can access Batman's arsenal of weapons such as the grapnel and the batarang to defeat the Batman's enemies.

The Dark Knight Rises is available for download from the Google Play Store and the App Store.