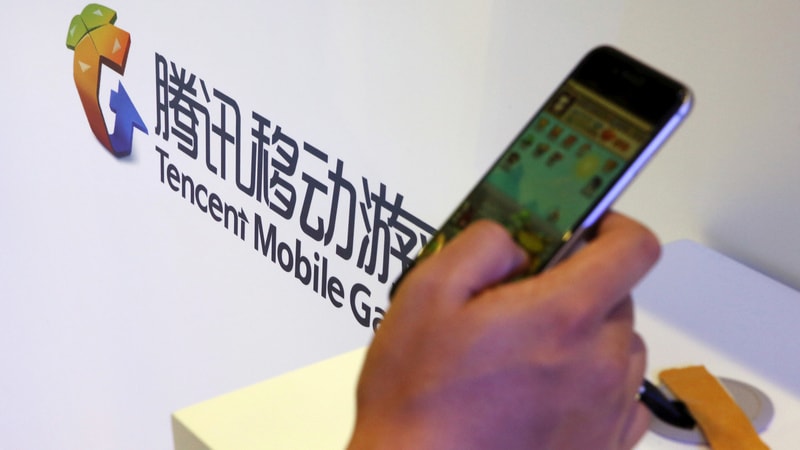 Tencent Holdings saw its shares jump more than 3 percent on Friday as investors cheered Chinese regulators' approval of mobile games published by the industry leader for the first time since a freeze on approvals imposed in March.

The State Administration of Press, Publication, Radio, Film and Television on Thursday approved 95 games in its fourth list since December, with two mobile games from Tencent and a first from NetEase.

Tencent, Asia's biggest listed firm by market value, has been reeling from increased scrutiny of online gaming amid calls to tackle child addiction in the world's largest gaming market.

Shares of the firm have lost roughly 20 percent of their market value since March. They were up as much as 3.2 percent early on Friday, beating a 1.3 percent rise in the benchmark Hang Seng Index and a 2.7 percent gain in Hang Seng sub-index tracking information technology firms.

China started resuming gaming approvals in December, though Tencent's games had been absent from the three batches approved until Thursday, unnerving investors.

The impact of online games on the country's youth has attracted scrutiny from Chinese President Xi Jinping, who last year urged all levels of government to implement effective schemes to prevent and treat the high incidence of myopia that authorities suspect is linked to game addiction.

China's largest gaming and social media firm has imposed a playtime restriction since July, allowing a maximum of one hour a day for children 12 years old and under, and a maximum of two hours for those aged 13 to 18.

Founded in 1998, Shenzhen-based Tencent enjoyed uninterrupted growth from when it went public in 2004 until last year when it saw more than $200 billion wiped off its market value from a peak hit in January.

Last week, Tencent released a test version of a third-party developed smartphone game in China based on US hit television show Games of Thrones, bolstering its pipeline.