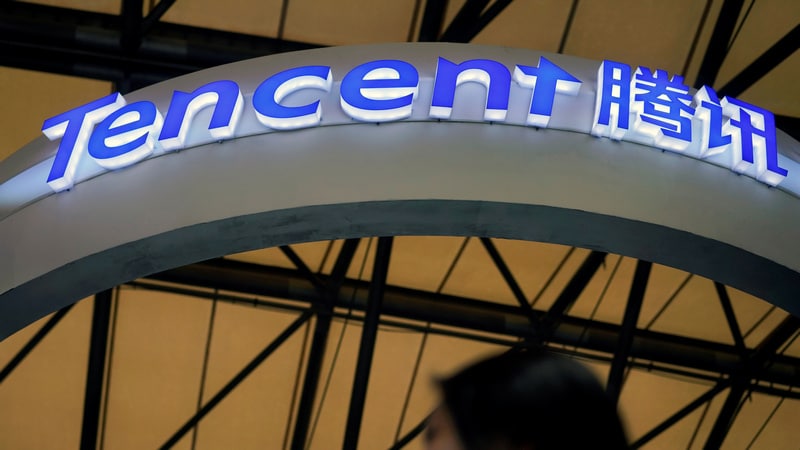 Chinese technology giant Tencent Holdings Ltd has "no clarity" on when it may get approval to start charging for its most popular game, it said on Wednesday, after reporting its first quarterly profit fall in nearly 13 years on weak gaming revenue.

Company president Martin Lau said "the biggest issue" before Tencent could return to rapid revenue growth was to gain regulatory approval to start charging for its PlayerUnknowns' Battlegrounds (PUBG) video game in China, while confirming a sector-wide freeze for new game approvals in the world's largest gaming market due to a government restructuring.

Tencent's profit in April-June fell 2 percent year-on-year to CNY 17.87 billion ($2.59 billion), while revenue grew 30 percent, the slowest in three years, to CNY 73.68 billion, with sequential declines in both mobile and PC games.

"The gaming fundamental is actually as strong as it has been," Lau said, pointing to growing user numbers and downloads for the company's games. "The only problem that we have is that one of our biggest games, PUBG Mobile, is not monetising. This is something which is a little bit out of (our) control."

Tencent's weaker-than-expected results came a day after investors wiped around $15 billion off its market value on news that Chinese regulators had blocked it from charging for of one of its blockbuster titles, Monster Hunter: World.

The outlook for Tencent, which has lost some $170 billion (roughly Rs. 12 lakh crores) in market value since peaking in late January amid volatile trading, is overshadowed by tightening internet regulations in a country where the government can make or break a business.

Tencent has yet to receive the licence to charge for PUBG and to launch Fortnite, a tactical tournament game developed by its portfolio company Epic Games.

Lau said Monster Hunter was blocked because its content "was not exactly compliant", adding Tencent was working with the developer to adjust the content for future approval.

Lau said the company had secured approval to charge for at least 15 games before the freeze at China's General Administration of Press and Publication, providing an income buffer.

He said the administration now had a "green channel" for one-month temporary licences, but there was "no clarity" on when the approval process would resume fully.

Tencent said it would try to reinvigorate its mobile game revenue growth by extracting more value from existing popular titles, launching more role-playing games, and publishing more of its China-developed games internationally, such as Arena of Valor and PUBG Mobile.

Apart from the uncertain gaming revenue outlook, Tencent also needs to prepare for falling interest income from its payment business in the next six months due to a new central bank policy that will raise the non interest-earning deposit ratio for China's payment service providers to 100 percent by January 2019, eroding their interest income.

Lau said that interest accounted for a "low teens" percentage of revenue at its "others" business category which totalled 17.5 billion yuan in the June quarter, with the centralised deposit ratio raised to 52 percent in July from 42 percent in April.

"So we are half-way through in losing that interest income", said chief strategy officer James Mitchell, stressing it was a "finite, one-time process".

Lau said Tencent would mitigate the impact by measures including scaling back on marketing expenses of its payment services.

Tencent's net other gains decreased by 51 percent in the quarter to 2.5 billion yuan, mainly due to a decline in gains in investment disposals. Users of its popular WeChat app grew incrementally to 1.06 billion.