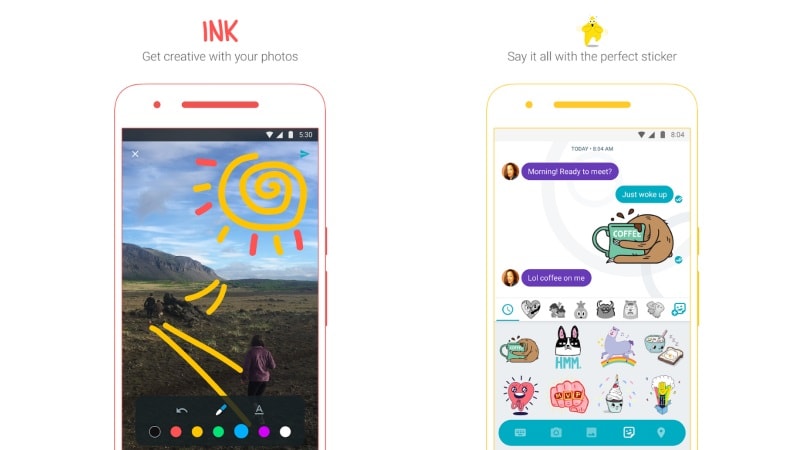 New entrants don't often cause the big players to respond, but when the product is developed by Google - it should not come as a surprise. After the launch of Google's Allo, it seems like WhatsApp and Telegram are competing to win over customers with new additions to their text-messaging applications.

With the latest update to its app, Telegram allows you to draw on your photos, as well as add masks, stickers, and text to them. You also get to make gif images using the app's 'mute' feature after recording a video. You can now also get access to trending stickers directly from the 'stickers panel' in any of your chats, the company said in its changelog for the update.

Importantly, the application has also finally added support for Android 7.0 Nougat with the latest update. You can get the update from either Google Play or the App Store, depending upon your mobile platform.

The company has further launched a platform that allows users to upload their own sets of masks, beards, glasses etc.

WhatsApp recently included new emojis, similar to the ones introduced with iOS 10, to the beta version of its Android app, specifically, v2.16.274. Further, the company is expected to add passcode protection to its chats soon.

Google launched its text-messaging app Allo earlier this month and the app has already been downloaded more than a million times from Google Play. Even though the app has been criticised by the likes of Edward Snowden for lack of privacy, it has been praised for the artificial intelligence, which allows it to make appropriate suggestion for quick replies.

It will be interesting to see going forward if Allo will be able to contest the top spot among the text messaging applications or the other apps are able to raise the bar further with their feature additions.