Tamagotchi, electronic pet craze of the 90s, reborn as an app 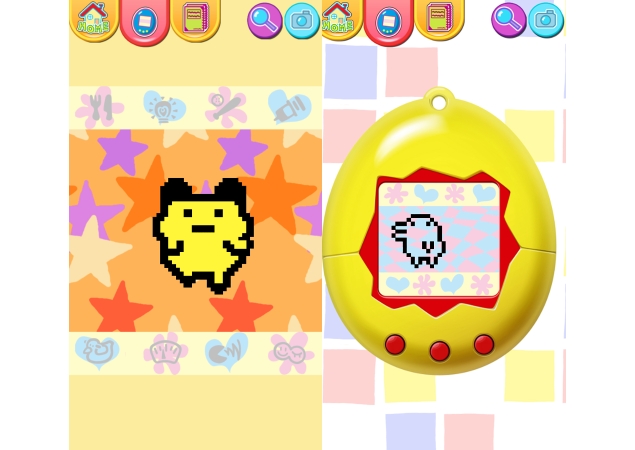 Tamagotchi is re-hatching as an app.

Bandai Co. and Sync Beatz Entertainment are hoping to revive the electronic pet craze of the 1990s with a new mobile app launching Thursday for Android devices. The app duplicates the egg-shaped plastic toy that became a must-own sensation like Beanie Babies, Tickle Me Elmo and Furby after it was first released in 1996 in Japan.

Sync Beatz, which has licensed Tamagotchi from Bandai, is calling the app "Tamagotchi L.i.f.e." - with "L.i.f.e" standing for "love is fun everywhere." Much like the original doodad, the app tasks users with taking care of a virtual pet by pressing buttons that simulate feeding, disciplining and playing with the critter on screen. If a Tamagotchi is neglected, it dies.

"The idea was to base the gameplay on the original Tamagotchi that everyone knows and loves," said Shin Ueno, chief marketing officer at Sync Beatz. "As we move along, every two months, we'll refresh the app, and it will evolve."

The colorful app, which Ueno said will later be available for Apple devices, features unlockable characters, backgrounds and shells. It's split between two modes: an old-school one that works like the original - right down to three buttons on the shell - and an app mode that utilizes the touchscreen and allows users to play rock, paper, scissors with their pets.

The "Tamagotchi L.i.f.e." app is free, and a version without ads costs 99 cents. While there have been a few Tamagotchi clones available for mobile devices, this marks the first official Tamagotchi app to come from Bandai, which has released updated versions of the toy since the first Tamagotchi hatched 16 years ago.

Sales of the toy have cracked the 78 million mark, and Tamagotchi paved the way for such virtual obsessions as "The Sims," ''FarmVille" and "Skylanders." The executives at Sync Beatz think Tamagotchi's "sweet 16" is the prime time to relaunch Tamagotchi for nostalgic 20- and 30-somethings, as well as a new generation.

"It's like comfort food," said Barry Stagg, chief communications officer at Sync Beatz. "I think Tamagotchi brings back good memories. When we were at the Licensing Expo last year, the first thing that people who came up to us and saw what we were doing tended to do was smile. I think there's an openness to build on Tamagotchi's brand equity."

Samsung Galaxy Altius smartwatch leaked in screenshots
Gangnam style is so 2012. Now, it's the Harlem Shake.