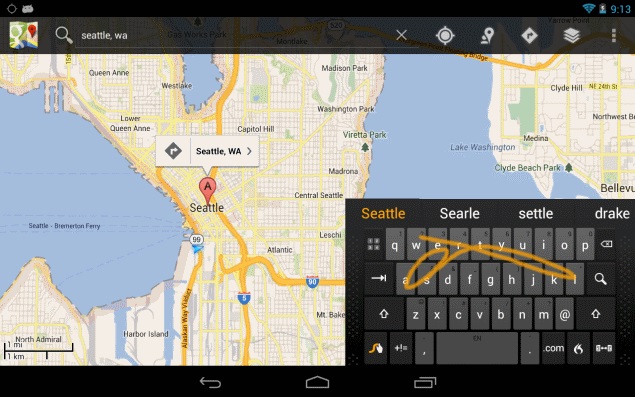 Nuance Communications has announced that its Swype Android keyboard app has been updated with new features and enhancements. The company also announced that the Swype Keyboard app version 1.6 is now available to download from Google Play store and Amazon's App Store for Android.

The new Swype update extends support for Indian languages and adds keyboard support for four new regional languages - Gujarati, Malayalam, Marathi and Telugu, while Tamil, Urdu, Hindi and Hinglish (a mixture of Hindi and English), are already supported by the app.

Other major features in the new Swype v1.6 keyboard app include bilingual support, which will automatically adjust to the bilingual user's language preference; continuous dictation, which will allow people to see words and phrases appear on their screen as they speak and users can now select a dictation language separately from their keyboard language; personalize your keyboard, the app will now let users customize keyboard including long-press delay, vibration duration, keyboard height and mini left/right keyboards in landscape mode and accessibility features, the Swype keyboard now supports Android's 'Talkback' and 'Explore by Touch' options.

Commenting on the announcement, Aaron Sheedy, vice president of mobile solutions, Nuance Mobile, said, "Swype has always been first to market on innovation that creates intuitive and personalized typing experiences. With these latest enhancements, Swype continues to be the only keyboard people will ever need for Android - fully customizable and available to take with you on any Android device now and in the future."

On Wednesday, SwiftKey, another popular Android keyboard app was officially released on Google Play Store after being available for a long time as a beta program.