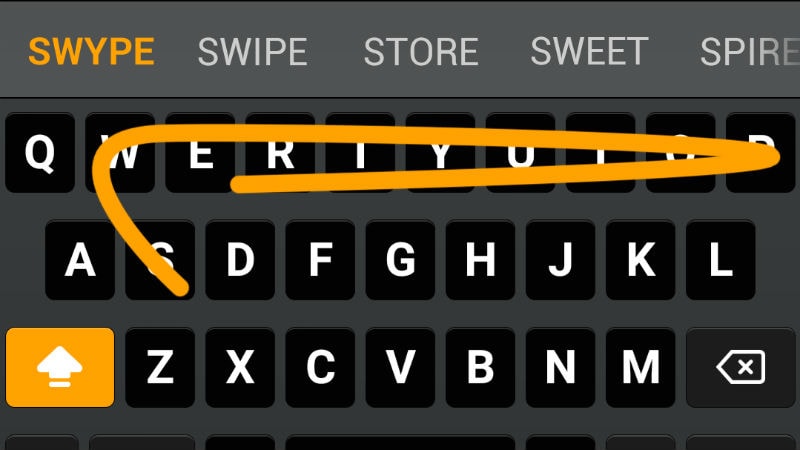 Endless third-party keyboards populate the Android and iOS ecosystem; some purely meant for the fastest typing experience, while others that play around with GIFs and quick searches. Among them, Swype has been a pioneer for the swipe-gestures feature present in mobile keyboard apps, as well as voice typing (dictation). However, now, Nuance Communications has announced the end of support for its Swype keyboard app on Android and iOS devices. The original gesture typing app has been around longer than most other keyboard apps, and it is still a primary choice for many users.

As per a post on Reddit, Nuance wants to focus on offering its AI solutions to businesses while leaving the direct-to-consumer market. When a Redditor claiming to have reached out the company regarding an issue, Nuance allegedly responded by saying that it "will no longer be updating the Swype+Dragon keyboard for Android. We're sorry to leave the direct-to-consumer keyboard business, but this change is necessary to allow us to concentrate on developing our AI solutions for sale directly to businesses. We hope you enjoyed using Swype, we sure enjoyed working with the Swype community."

There is no official statement from the company on the matter yet. However, Swype appears to be available for download via App Store and Google Play. As per XDA Developers, Nuance has confirmed the discontinuation on the development of Swype with Dragon Dictation for Android. It also found a post on the company's ZenDesk from earlier this month, where it announced that it will also kill Swype for iOS and it will not be available on the App Store for download.

For users finding it difficult to select a new go-to keyboard, there are several good alternatives to Swype available on both Android and iOS, such as Gboard, Word Flow, Fleksy, Apple QuickType, among others.